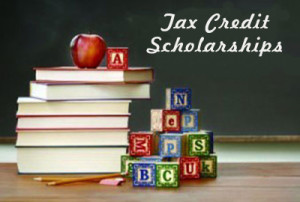 This Tuesday, leaders of the Orthodox Jewish community, the executive board of the Texas Association of Nonpublic Schools (TANS), Hispanic Baptist and Evangelical clergy, and leaders of the Catholic community joined in a day of targeted advocacy on behalf of Texas children and the two tax credit scholarship proposals currently moving through the Texas Legislature. Jews and Catholics, Evangelicals and Baptists, rural and urban, Hispanic and white, north, south, east and west Texas, this diverse group of Texans representing a wide range of schools, religions, races, socioeconomic groups and geographical locations joined together for one common purpose—to expand education opportunity and choice for the children of Texas.

“Our joint advocacy day was an incredible demonstration of solidarity on behalf of an extremely noble cause—fighting to offer educational choice for children who need it most,” remarked Jesse Hervitz, associate political director for the Orthodox Union, the nation’s largest Orthodox Jewish umbrella organization. “Capitalizing on the momentum created by last week’s hearings and the Senate committee’s approval of the Texas Equal Opportunity Scholarship Act, we were able to demonstrate to members of the Senate and the House Ways and Means Committee that there is broad and diverse support for tax credit scholarships amongst the nonpublic school and faith based communities and to do our part to ensure that these important bills continue to move forward in both houses.”

The group of school leaders, clergy and community activists representing hundreds of thousands of constituents focused their time in the state capitol on legislators most crucial to the bill’s passage. In the Senate, the group met with rural Republican members, a block still considering their support for the SB 23 and whose votes will be critical to reaching the 21 vote threshold, including Senators Kel Seliger (R-Amarillo), Kevin Eltife (R-Taylor) and Craig Estes (R-Wichita Falls). On the House side, the advocacy group spoke with all members of the Ways and Means Committee, including Chairman Harvey Hilderbran (R- Kerrville) to ask them to report favorably on HB 3245.

“We are encouraged by the careful consideration that members of the Texas legislature are giving to improving education for all Texas Children,” said Charles T. Evans, executive director of TANS, the state’s largest nonpublic school group representing more than 1,200 schools statewide. “Educational opportunity is a powerful force and we strongly believe the thousands of Texas accredited nonpublic schools have the ability to play a key role in enhancing educational opportunity for at-risk students and children from working class families if their parents are offered a real choice. ”

The Senate Education Committee approved Senator Patrick’s bill last week by a vote of 5-0. The Senate bill will now require two-thirds of the Senate (21 Senators) to bring the bill to the floor. HB 3245 remains in deliberation in the House Ways and Means Committee where committee members must now report favorably on the bill in order for the legislation to move forward.