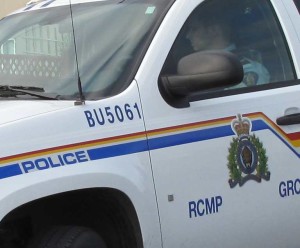 Today, the RCMP arrested two individuals and charged them with conspiring to carry out a terrorist attack against a VIA passenger train. The accused have been charged under sections 248, 235 (1), 83.2, 83.18, 83.21 of the Criminal Code of Canada. As a result of extensive collaborative efforts, the RCMP was able to disrupt the threat early. While the RCMP believed that these individuals had the capacity and intent to carry out these criminal acts, there was no imminent threat to the general public, rail employees, train passengers or infrastructure.

“Each and every terrorist arrest the RCMP makes sends a message and illustrates our strong resolve to root out terrorist threats and keep Canadians and our allies safe,” stated Assistant Commissioner James Malizia, responsible for Federal Policing Operations. “A meaningful response to these threats begins on Canadian streets and in Canadians homes and the RCMP works with all their partners, including communities across Canada, in the fight against terrorism.”

The public is always encouraged to bring any suspicious activities to the RCMP’s attention through the National Security Information Network (1-800-420-5805) or by contacting the police in their community.