Tuesday, 20 Iyar, 08:31 IL: An Israeli was stabbed and gravely wounded in an apparent terror attack at Tapuach Junction in Shomron. According to preliminary Zaka reports, the victim died of his wounds on location.

It appears a witness to the attack fired at the terrorist, wounding him moderately. The terrorist is in custody. The IDF is operating on the scene. The area remains closed down at this time.

08:45: It appears that the terrorist, who was armed with a knife managed to grab the victim’s weapon, shooting him to death with his own gun. A witness then fired at the terrorist, wounding him moderately. The terrorist was transported to Beilinson Hospital in Petach Tikvah. The victim, a male in his 20s, was pronounced dead on the scene by a MDA physician.

08:54: The victim was first stabbed by the terrorist who then grabbed his weapon and fired at him. The Jewish male died a short time later on the scene as reported earlier. The victim HY”D was a resident of the Shomron. 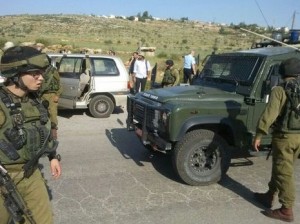