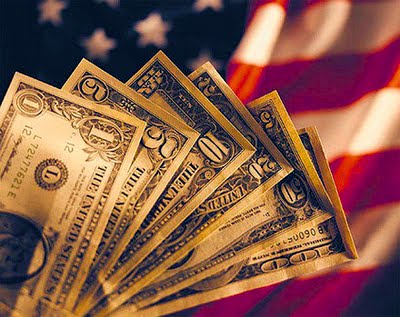 The U.S. economy grew at a modest 2.4 percent annual rate from January through March, slightly slower than initially estimated. Consumer spending was stronger than first thought, but businesses restocked more slowly and state and local government spending cuts were deeper.

The Commerce Department said Thursday that economic growth in the first quarter was only marginally below the 2.5 percent annual rate the government had estimated last month. That’s still much faster than the 0.4 percent growth during the October-December quarter.

Most economists think growth is slowing to around a 2 percent annual rate in the April-June quarter as the economy adjusts to federal spending cuts, higher taxes and further global weakness. Still, many say the decline may not be as severe as once thought. That’s because solid hiring, surging home prices and record stock gains should keep consumers spending.

Jennifer Lee, senior economist at BMO Capital Markets, said the small revision to first-quarter growth supported her view that the economy will grow a moderate 2.2 percent for the year, the same as last year.

Still, Lee expects growth to improve to 3.2 percent in 2014, as the job market accelerates and consumers grow more confident in the economy.

Consumer spending accounts for 70 percent of economic activity as measured by the gross domestic product. GDP is the economy’s total output of goods and services, from haircuts and computers to trucks and aircraft carriers.

The government’s second look at first-quarter growth showed that consumer spending roared ahead at a 3.4 percent annual rate. That’s the fastest spending growth in more than two years and even stronger than the 3.2 percent rate estimated last month.

Healthy consumer spending shows many Americans are shrugging off an increase this year in Social Security taxes that has reduced most paychecks.

And more consumer demand could also prompt businesses to restock at a faster rate later this year. Business inventories grew in the first quarter but at a slightly slower pace than first estimated. That was a key reason for the small revision.

A big reason that consumers have been able to withstand the higher taxes is the job market has improved. Employers have added an average of 208,000 jobs a month since November. That’s well above the monthly average of 138,000 during the previous six months.

Surging stock prices and steady home-price increases have also allowed Americans to regain the $16 trillion in wealth they lost to the Great Recession. Higher wealth tends to embolden people to spend more. Some economists have said the increase in home prices alone could boost consumer spending enough to offset a Social Security tax increase.

The weakest area of the economy continues to be government spending, which fell for the 10th time in the last 11 quarters. The 4.9 percent rate of decline was even larger than first estimated, reflecting further drops in defense spending and weaker activity at the state and local level.

Economists were puzzled by the steeper decline at the state and local level. Spending among those governments fell in the first quarter at an annual rate of 2.4 percent — double the initial estimate and the biggest quarterly drop in two years.

And with the federal government furloughing workers and trimming other spending to meet the mandates of the sequester, government activity will be a drag on growth for the rest of the year.

“The fiscal squeeze will continue for the rest of the year,” said Paul Ashworth, chief U.S. economist at Capital Economics. Still, Ashworth doesn’t see economic growth slowing very much in the current quarter. He projects growth in the April-June quarter to come in at a rate between 2 percent and 2.5 percent.

The housing recovery continued to add to growth at the start of the year. Home construction, one of the economy’s top performers, grew at an annual rate of 12.1 percent in the first quarter, its third consecutive quarter of double-digit growth.

Businesses, however, reduced the pace of their investment in equipment and computer software. That slowed to a growth rate of 4.6 percent in the first quarter, down from growth of 11.8 percent in the fourth quarter.