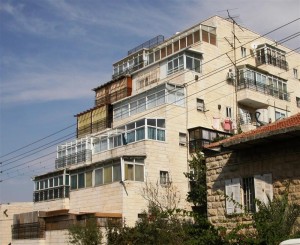 The Ministry of Housing announced on Wednesday, 4 Tammuz 5773 that the situation for homebuyers is worsening in the face of rising prices. This distressing fact is true for both purchasers of new and used apartments.

(When the number of rooms is advertised in Israel, it refers to bedrooms plus the living room. Hence, it represents one less bedroom. Therefore, a 5 room apartment includes 4 bedrooms and a living room, not 5 bedrooms).

The report cites that the average monthly mortgage payment represents 30% of one’s disposable income. That figure is even higher among 41% of mortgage payers.