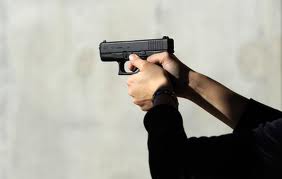 When licensed gun owners in Israel receive their renewal, they are now informed they will have to justify the reason for holding a handgun. Minister of Public Security Yitzchak Aharonovich and others appear determined to reduce the number of handguns held by citizens.

That means if one was granted a handgun license because one lives in a community in Yehuda and Shomron, and one then moves over the Green Line to “Israel proper”, one may lose the handgun license. It does not matter if a gun holder is a soldier or officer serving in the IDF reserves, he will lose his weapon.

Unlike in some countries when one is given a license and one can purchase handguns, in Israel, it is a license for a specific handgun and only for that handgun. In addition to losing a licensed weapon, there will be a financial loss as well for a pistol such as a Glock ® which can cost upwards of 5,000 NIS in Israel will then have to be forfeited or sold. A store buying a second hand weapon realizing the owner must sell is unlikely to pay a fair market value for the weapon. As more and more people are compelled to get rid of their weapons, there will be a surplus of handguns, resulting in the value dropping even more.

The recent shooting spree in a Beersheva bank that left a number of people dead was carried out by a veteran of the military, a decorated officer, and this significantly boosted the voice of gun control advocates, who are not pleased that less handguns will be held in Israel.

Opponents insist that statistically speaking, the incidents of such events involving licensed handgun owners are miniscule – explaining there is no justification to confiscate licensed weapons from law abiding citizens. These people explain this is not the United States but the Mideast and having a handgun is wise and perhaps even essential.