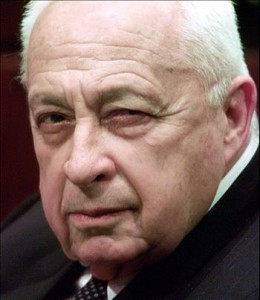 For the close to 10,000 Israelis expelled from their homes in Gaza and N. Shomron in Av 2005, the coming weeks brings the eighth anniversary of Prime Minister Ariel Sharon’s masterful plan, labeled the “Disengagement Plan”. It was Sharon and his supporters who promised Israelis peace, an end to rocket fire from Gaza and a better tomorrow. For the families, they were promised unconditional government assistance and a commitment to resettling them painlessly while addressing their needs. Sharon scoffed at opponents, insisting that his vast military and political experience was sufficient for the nation to rely upon.

Today some Israelis are a bit wiser, realizing the error of Sharon’s ways and the high cost to national security being paid as a result, not to mention the uprooting of a portion of Eretz Yisrael, which left many families broken forever while bringing Hamas rockets even closer to Israel.

The cabinet on Sunday, 15 Tammuz 5773 heard about the ongoing efforts to resettle the former residents of Gaza’s Jewish communities. As the government closes the Tenufa Agency which is responsible for assisting the refugees, Rabbi Dr. Ofir Cohen released a startling fact, that the disengagement plan carried a hefty price tag, 9,482,184,000 NIS.

While 88% of the Gaza families are resettled in their new homes or building their permanent home there is much to do and once Tenufa is closed down it appears Housing Minister (Bayit Yehudi) Uri Ariel will be looking after these families. Ariel promises he will not abandon the families and he will do everything possible to assist them.