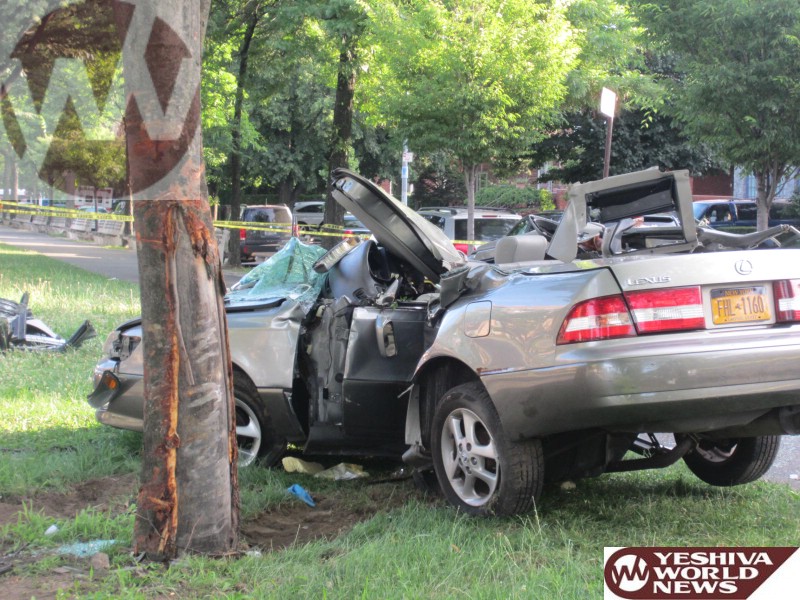 One person is dead and two others are hospitalized after their car slammed into a tree in the Midwood section of Brooklyn.

The accident happened at about 2:45 a.m. Sunday on Ocean Parkway and Avenue J.

Police say the 20-year old driver of a 2001 Lexus was travelling at more than 60 miles an hour when he tried to change lanes to avoid another car and hit the tree.

The driver, Zahurul Alam, was pronounced dead at the scene.

Two passengers in the car are in stable condition at Lutheran Medical Center.

Ocean Parkway was closed for several hours while police investigated the crash.

Click HERE to watch this video on a mobile device – Video by Shimon Gifter for YWN.