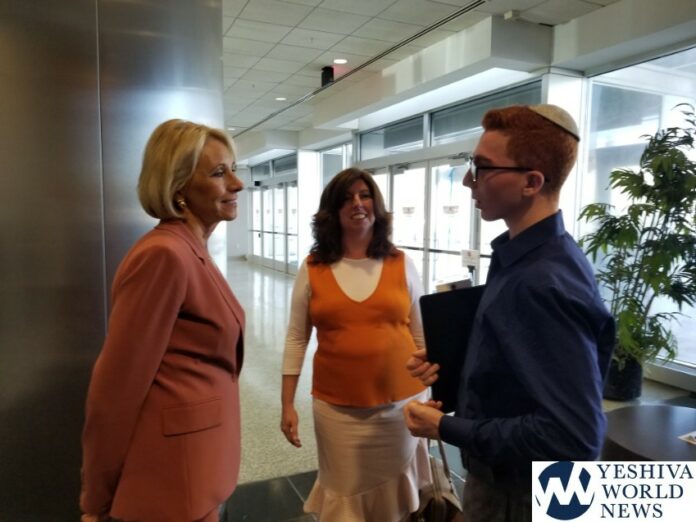 Each September, the U.S. Department of Education’s Office of Non-Public School Education (ONPE) hosts its National Private School Leadership Conference at the Department’s DC headquarters. The conference draws private school leaders from across the country, including national and state representatives of private school coalitions and faith-based groups, who come together to discuss issues of relevance to private schools and the wide communities they serve.

One of the highlights of the conference, amidst the lectures, panels and presentations, is the spotlight on an association and on a student. At a previous conference, Agudath Israel’s notable work serving Jewish day schools in communities across the country and advocating for their needs, earned it the recognition of being the featured association. This year, the Agudah was given the opportunity to choose a student from within its network to be featured at the conference. As regional director, Rabbi Sadwin was tasked with selecting a student that would serve as an example to display the high-quality education available at Jewish day schools.

Having worked closely with all of Maryland’s Jewish day schools for more than a decade, Rabbi Sadwin sought to feature a school with perhaps a somewhat more unique mission than the others. The Sulam School is a school-within-a-school at the Berman Hebrew Academy in Rockville, Maryland, whose focus is to provide an inclusive learning environment for children with learning challenges.

Tuvya Zonenberg, a senior at Sulam, who travels in from Baltimore each day, was selected for the feature presentation. A charismatic and engaging young man, Tuvya shared his many years of struggles in school due the challenges associated with severe ADHD. It was his transfer to Sulam in middle school that turned the tide in his school career.

“ADHD is a huge struggle if you don’t have the right support or sometimes the right treatment,” Tuvya shared candidly on stage. “The skills that I developed in middle school carried over with me into high school, where I was able to create a strong connection with the Sulam Staff. They pushed me beyond my limits, helped me become more independent, taught me how to be more responsible, organized, and be an advocate for myself.”

Tuvya presentation was preceded by a brief video of the many facets of Sulam and how it serves a very diverse special needs student community. Towards the end of his remarks, U.S. Secretary of Education Betsy DeVos joined the gathering and spent a few minutes in conversation with Tuvya, his mother, Devorah, and several Sulam staff who joined in the event.

“It was such an honor to be asked by Agudath Israel of Maryland to have Sulam featured at the National Private School Leadership Conference,” said Mrs. Lianne Heller, Executive Director at SULAM. “Individual student stories provide real context to our theoretical thinking about education and are often the driving force behind real change. Private schools are doing such significant work and it is important to be reminded of the impact we have on the lives of our families and their children. Our student, Tuvya Zonenberg, is a powerful example of how a deeply committed team of educators can turn struggle into success.”

Rabbi Sadwin remarked, “having the opportunity to feature Sulam and Tuvya on the national education stage was indeed a rare opportunity – and one that gives the entire community much pride.” 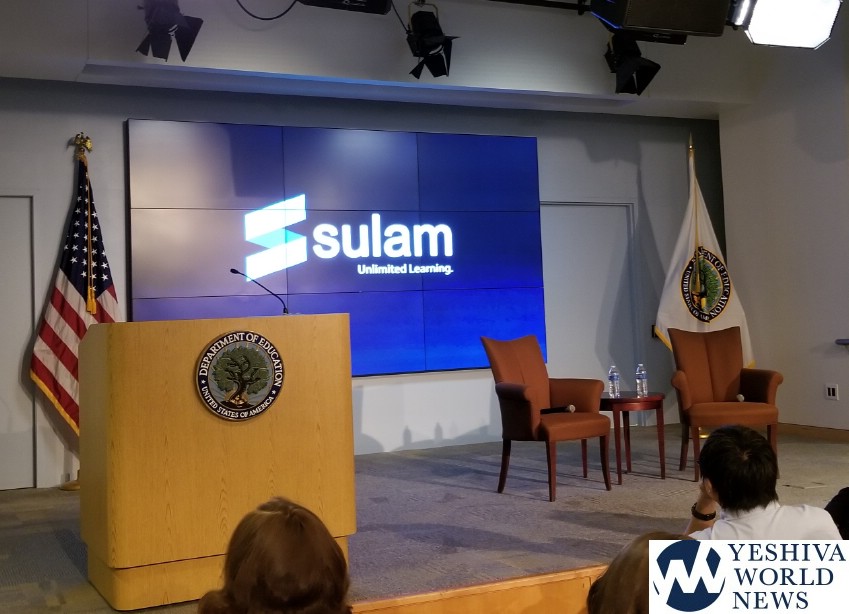 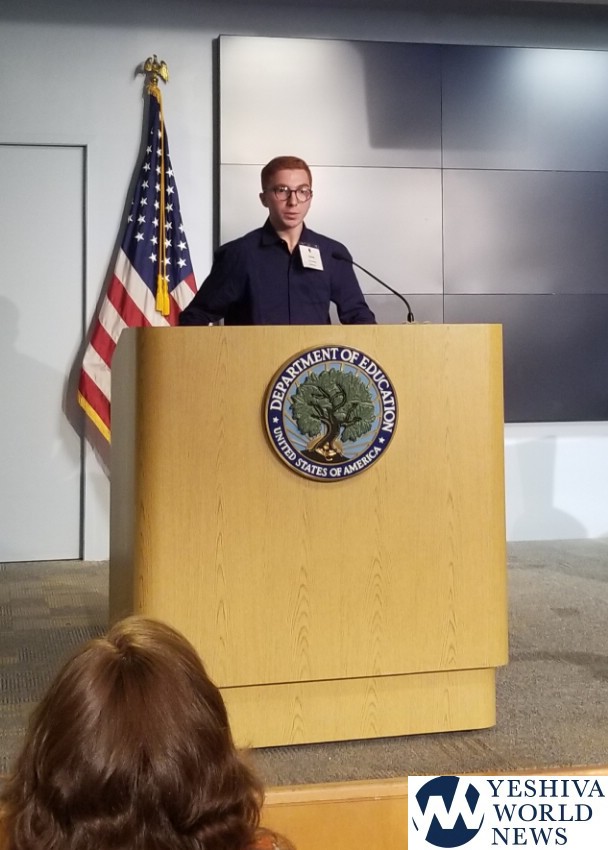