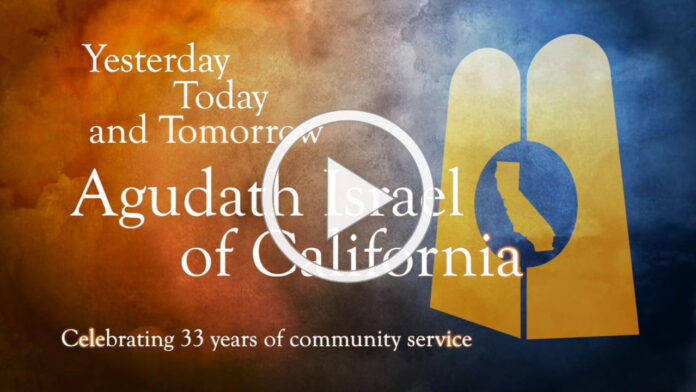 More than 225 people turned out on September 8th in support of Agudath Israel of California at a gala dinner at the Sheraton Universal Hotel. With a theme of “Yesterday, Today and Tomorrow,” the dinner highlighted Agudath Israel of California’s 33 year history of community service and also offered a glimpse of the future with the upcoming launch of Camp Agudah West, opening in the summer of 2020 on a 180 acre campus in Big Bear Lake, California.

While Agudath Israel of California has been serving the West Coast community since 1985 under the leadership of its chairman, Dr. Irving Lebovics, the event was billed as an inaugural dinner, heralding Rabbi Yisrael Gelb’s appointment as chief executive officer. A nine minute long video highlighted Agudath Israel of California’s rich past, the seeds of advocacy sown in its earliest days continuing to bear fruit even today, benefitting organizations and institutions including Hatzolah, Bikur Cholim and the Los Angeles community’s many yeshivos which receive millions in government funded Title I funding thanks to Agudah advocacy. Looking ahead to the future, in addition to the much-anticipated opening of Camp Agudah West, Agudath Israel of California is continuing its efforts to obtain state aid for yeshiva parents and is introducing the National Academy for Leadership and Activism which will train young professionals to become active advocates and spokespersons for the Jewish community.

One of the many highlights of the program was the keynote address by the Department of State’s Special Envoy to Monitor and Combat Anti-Semitism, the Honorable Elan Carr. Speaking passionately about the pervasive dangers of anti-Semitism, Special Envoy Carr noted that even with the federal government’s strong stance against religious bias, something far greater is needed to emerge victorious in the battle against anti-Semitism.

Taking the podium, Rabbi Chaim Dovid Zwiebel noted that while Agudath Israel of California has held other dinners, the event marked the beginning of a new era and a strengthening of an already vibrant organization. Having spent the weekend in Los Angeles visiting shuls and schools, Rabbi Zwiebel spoke about the community’s expansion in recent years, one that has brought with it both positive developments and certain challenges.

“Along with growth comes growing pains and some of those growing pains require us to stand together, to make sure that we unify ourselves across the entire spectrum of Orthodoxy and beyond to the extent that we can,” said Rabbi Zwiebel. “We need to fight for our rights and make sure that we are respected and combat anti-Semitism which is rearing its ugly head all over the world as well as here in the United States of America.”

Driving home Agudath Israel of California’s exciting prospects for the future, dinner guests were able to don VR goggles and sit in a golf cart for a virtual tour of the Camp Agudah West campsite, physical proof that things are full steam ahead at Agudath Israel of California, with innovative and exciting programs unfolding in the months and years ahead. To view the virtual video tour of the new Camp Agudah West campground go to https://agudahwest.com/

“I only hope that we can continue doing what we are doing, just do it better,” said Dr. Lebovics. “I think the future is very bright and I think we can be a very important part of the California Torah community.” 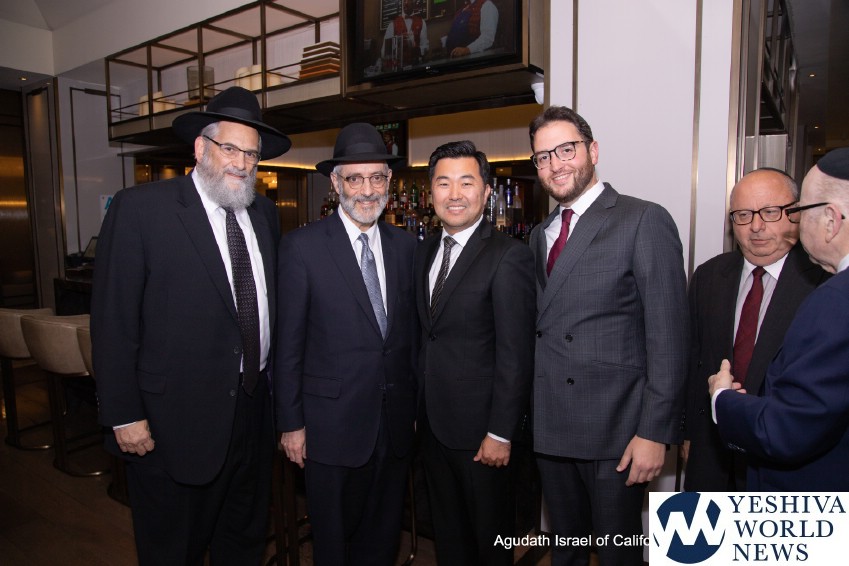 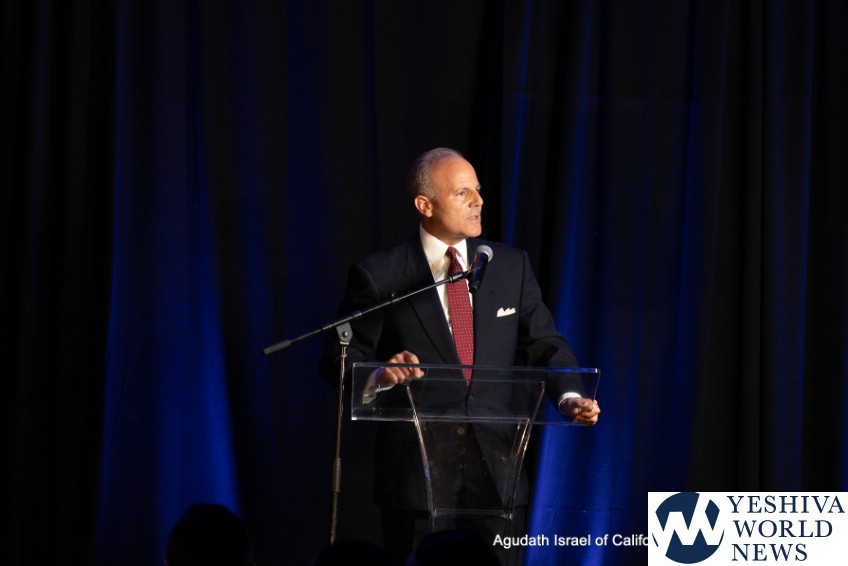 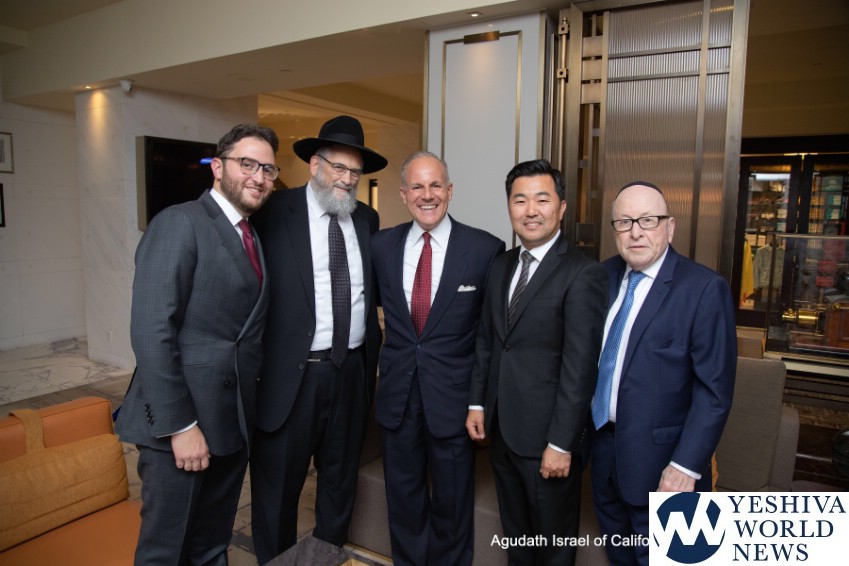 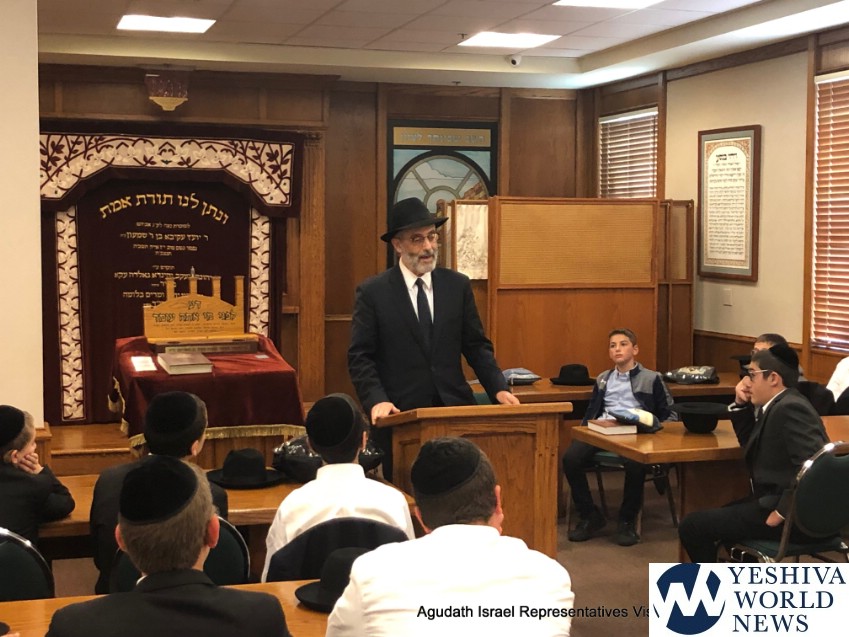 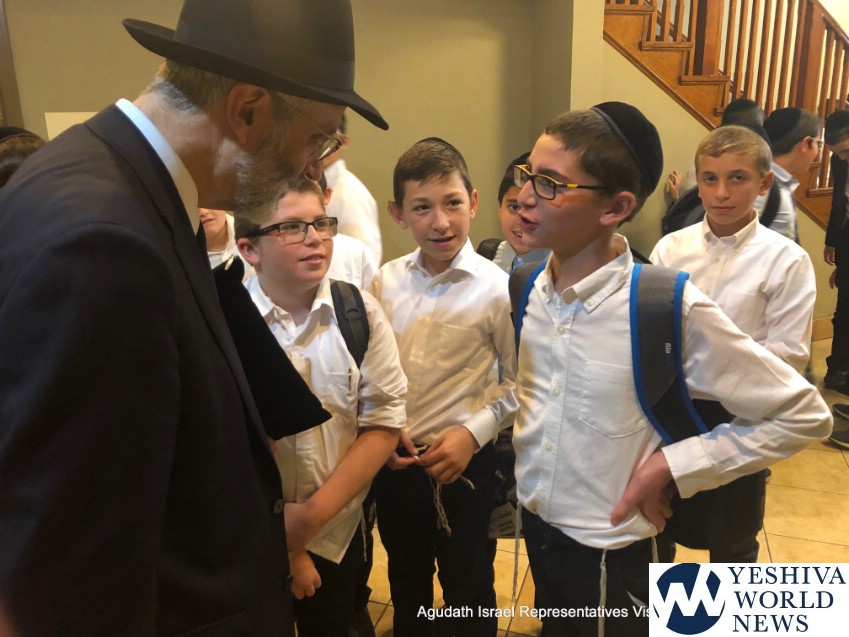 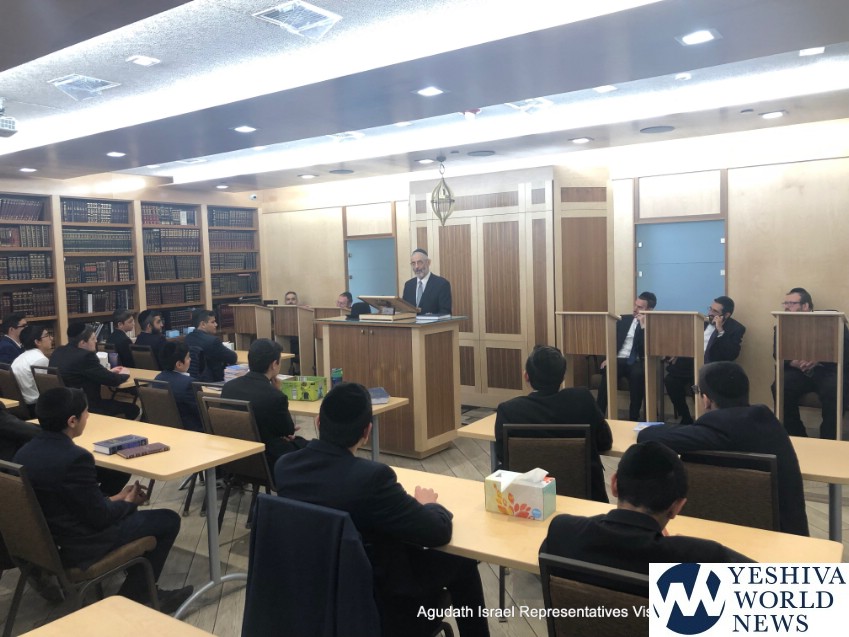 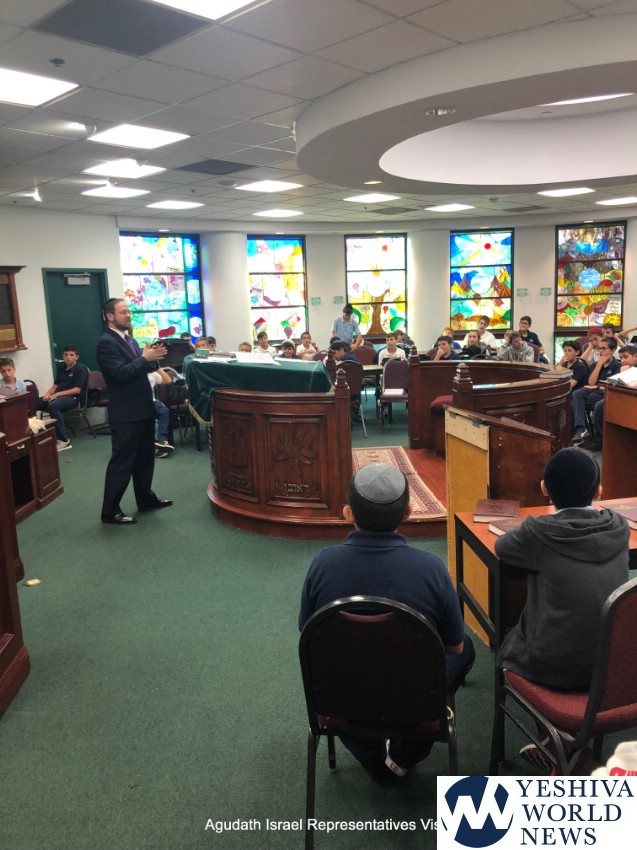 The Deepest Hamas Tunnel Ever Dug & The IDF’s New “Smart...