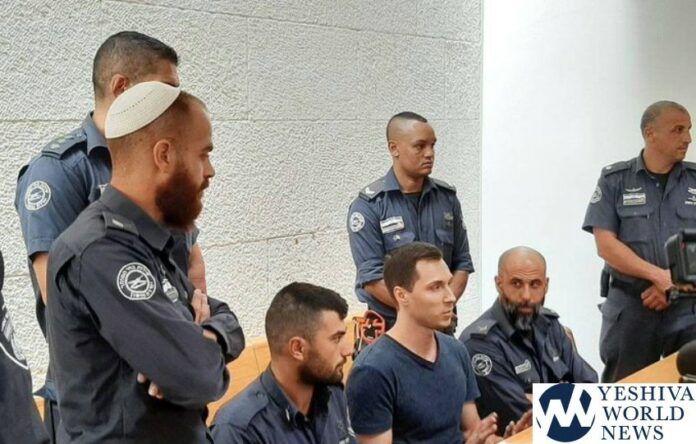 Russia responded to Israel’s Supreme Court’s decision on Sunday to deny hacker Alexi Burkov’s appeal against his extradition to the United States, according to a Maariv report on Monday.

The Russian Embassy in Israel wrote on Twitter: “”We regret the decision of Israeli’s High Court of Justice to turn down Mr. Burkov’s appeal on his extradition to the US. This decision constitutes a breach of his rights as well as Israel’s international obligations. This step does not contribute to the development of Russian-Israeli relations.”

On Sunday, Israel’s Supreme Court denied Burkov’s appeal against Justice Minister Amir Ohana’s decision and approved his extradition to the US, where he is wanted on charges of cyber credit fraud.

The Supreme Court justices stated that Ohana’s decision came “after a deep and exhaustive consideration of the circumstances” and there was no reason for the Supreme Court to intervene.

We regret the decision of Israeli’s High Court of Justice to turn down Mr. Burkov’s appeal on his extradition to 🇺🇸. This decision constitutes a breach of his rights as well as Israel’s international obligations. This step does not contribute to the development of 🇷🇺-🇮🇱 relations pic.twitter.com/9ThKMdkh5A

Burkov had alternatively requested that he be extradited to the US for a trial and serve any potential prison sentence in Russia but the Supreme Court rejected this request as well since there is no legal basis for his request.

Russia has been using Burkov as a pawn for the release of Israeli-American Naama Issachar from prison, possibly due to his ties to Russian cyber intelligence, although Burkov denied this.

Issachar’s family implored Israeli Justice Amir Ohana to delay Burkov’s extradition order but Ohana did not comply. “I suggest not to create a very dangerous precedent – that every time a country wants someone to be extradited, it captures an Israeli citizen and turns them into a scapegoat,” Ohana told Kan radio last month.