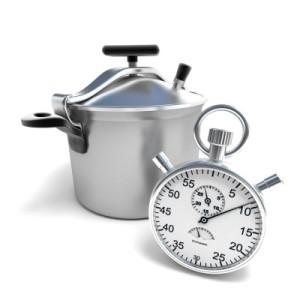 A former employee of a New York computer company was questioned after his workplace computer search history revealed inquiries for “pressure cooker bombs” and “backpacks,” but no criminality was determined, the Suffolk County Police Department said in a statement Thursday.

Authorities have said the bombs used at the Boston Marathon in April, which killed three people and wounded more than 260, involved pressure cookers placed in backpacks.

The man was questioned after detectives from the department’s intelligence unit received a tip from a Long Island-based computer company claiming the recently released employee’s computer had suspicious searches, the police said. After interviewing company representatives, they questioned the man at his home where they determined there was no criminality.

The police issued their statement after receiving numerous media inquiries in response to a blog post written Thursday by a woman writing under the name Michele Catalano.

Catalano, who did not return multiple requests for comment, speculated in her post that her husband had been interviewed Wednesday by “six agents from the joint terrorism task force” because of the family’s search history on Google.

Her husband answered the officers’ questions and her son was asleep when they were at the home, she wrote. She said in the post she does not own a pressure cooker, but does have a rice cooker to make quinoa.

Catalano took to the Internet on Thursday night, writing in a new blog post that she wrote her original piece without knowing police had been tipped off about her husband’s search history at his former job.