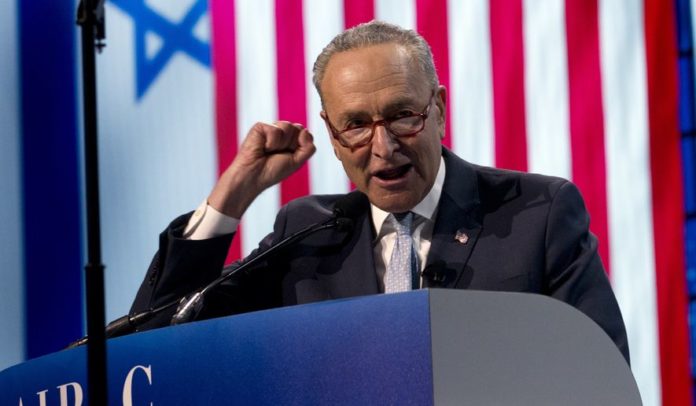 The following statement was given to YWN by the office of U.S. Senator Schumer, the self-proclaimed “Shomer Yisroel”.

U.S. Senator Charles Schumer, after a phone briefing by the FBI, released the following statement regarding the horrific attack against the Jewish community in Monsey, New York. The Senator also spoke to Mayor Izzy Spitzer and Rabbi Rottenberg, offering prayers and full support.

“Last night’s cowardly and callous attack on the Jewish community in Monsey was one of pure evil. This attack, and other anti-Semitic attacks that have occurred in recent days, demand a top-to-bottom federal investigation. I’ve asked the FBI to investigate any possible links—direct or indirect—between this attack and the ones of the past several days. I’ve also asked for an assessment of what is currently being done by federal law enforcement officials to prevent these attacks and what more can be done.

The FBI continues to work with state and local law enforcement, including the NYPD. The FBI, state, and local law enforcement continue to assess whether there were any additional motives in the Monsey attack, as well. I will remain in constant contact with the FBI, along with community leaders, and believe it’s of paramount importance to shine a critical light on how—or where—individuals are being motivated or specifically inspired to commit these heinous acts of violence that terrorize communities and incite hate.

We must not, and cannot, tolerate these senseless attacks, and we must get to the bottom of why they are occurring in order to prevent them in the first place. No American—and no New Yorker—should be subjected to the kind of terror and pain the people of Monsey and the New York Jewish community now bears.” –U.S. Senator Charles Schumer.”