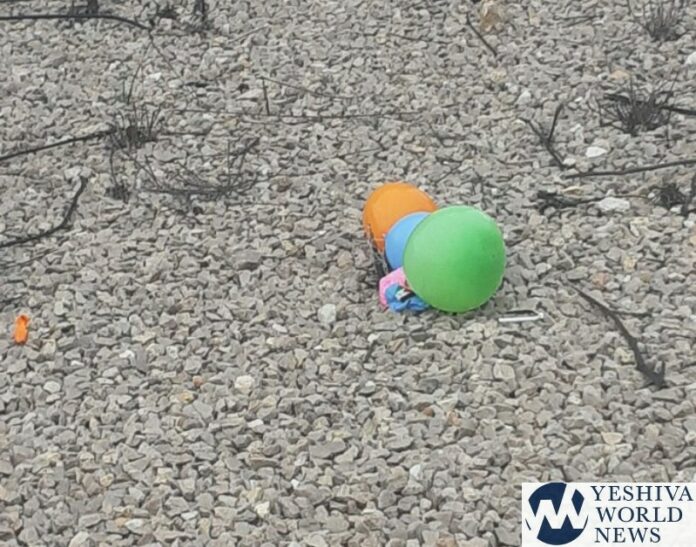 A cluster of explosive balloons with a Palestinian flag attached to it was spotted on Monday in an open area near Mesilat Tzion, a moshav near Beit Shemesh.

A police sapper was called to the scene and neutralized a small explosive device attached to the balloons. No one was injured in the incident – the seventh cluster of explosive balloons that landed in Israel in the past six days.

Monday’s incident is the latest in the series of terror balloons that recently landed in Israel but is the first balloon cluster in recent months that landed in central Israel, less than an hour away from Jerusalem.

However in the past – before the recent half-year lull in terror balloon launches – there were many terror balloons that landed in central Israel and Jerusalem.