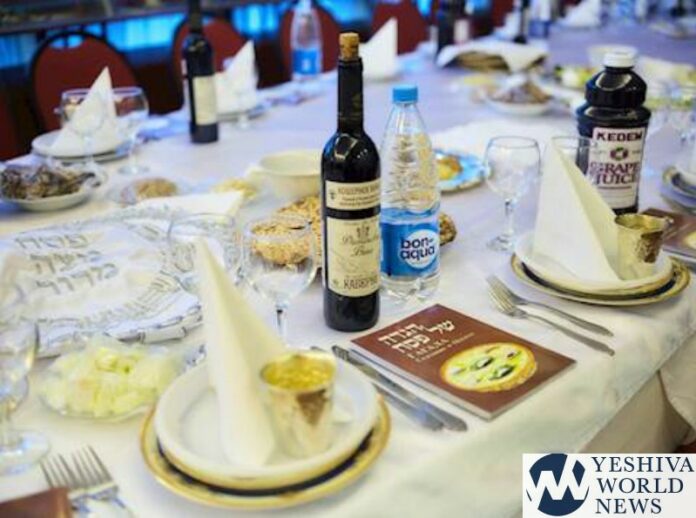 Prime Minister Binyamin Netanyahu, currently in self-quarantine at his official residence on Balfour Street in Jerusalem, announced on Monday night that the government is tightening restrictions on Israeli citizens.

The prime minister said that there are “particular groups” who are not adhering to Health Ministry directives and that he has ordered police to increase enforcement in problematic areas, stressing that most Israelis, including Chareidim, are behaving responsibly. However, “those who violate the regulations on crowding are violating the principles of “V’Ahavta li’reiyacha ka’mocha” and “Al ta’amod al dam rei’acha.”

Netanyahu said that any gatherings of over two people who are not in the same nuclear family are now forbidden and that all public prayers are banned, even in open areas. All prayers should be conducted individually.

Furthermore, all religious events should be restricted in general, including weddings, at which only immediate family members can be present with no other guests. Up to 20 people are allowed at levayos and up to 10 at brissim as long as two meters are maintained between each person.

Netanyahu also urged Israelis to conduct the Pesach on their own, with only their nuclear family members in attendance and not to visit relatives or host guests at all before or during the entire Pesach (or Ramadan or Easter.)

“The Seder this year will be remembered as the ‘lockdown Seder’ and I ask that you celebrate the Seder only with your nuclear family members who live in your home,” the prime minister said.

The new emergency regulations also require workplaces to further reduce their workforce to only 15%.

After Netanyahu finished speaking, Finance Minister Moshe Kahlon spoke at a press conference from his office and announced an unprecedented NIS 80 million ($23 billion) economic aid package to assist the thousands of Israelis in dire financial straits due to the coronavirus crisis.

The financial assistance will be extended to both salaried workers and those who are self-employed and will include grants and loans for businesses – large and small. The financially strapped Health Ministry will be receiving NIS 1 billion ($2.8 billion) immediately.

Kahlon promised that the government won’t let the economy collapse and that he believes that economic activity will pick up gradually after Pesach. The finance minister ended his speech by confirming that he is retiring from politics after 17 years of public service when the new government is sworn in.

The results of the coronavirus tests conducted on Netanyahu, his family and staff after Netanyahu’s adviser for Chareidi affairs was diagnosed with the virus, were received and they were all negative. However, Netanyahu is remaining in self-quarantine until the Health Ministry’s epidemiological investigation is complete.