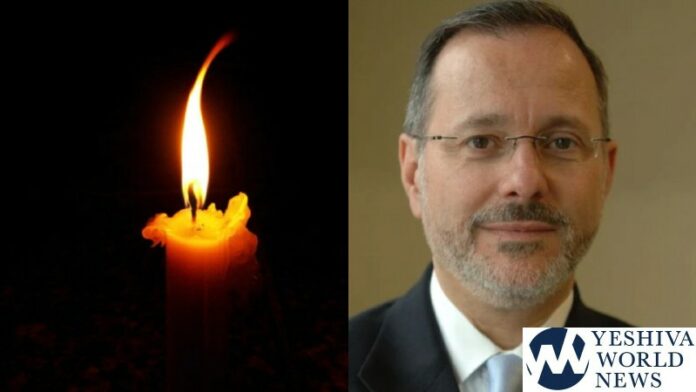 Brooklyn Supreme Court Judge Noach Dear, z’l, passed away of the coronavirus on Sunday morning at the age of 67.

Dear served as a member of the New York City Council from 1983-2001 and advocated for the issues of the mostly frum community he represented, including Midwood and much of Boro Park and Bensonhurst. He advanced many laws that assisted the frum communities in Brooklyn.

In 2015, Dear was elected as the Brooklyn Supreme Court after serving as a judge for 20 years in the civil court system.

Dear’s name was splashed on newspaper headlines in 2017 when he was subject to an anti-Semitic incident on the streets of Brooklyn. As YWN reported at the time, a man began screaming anti-Semitic expletives at him as he was walking near Maimonides Hospital early in the morning. Dear ignored the man, entered his car and called the police.

BDE So sorry to hear of the passing of Noach Dear Z'l. A legendary public servant & representative who understood that his position should be used to help the most vulnerable & downtrodden. He was respected & admired. To watch him pray was an experience. He will be deeply missed. pic.twitter.com/ahL5AB4ML9

I’m so sad and join all those in mourning the death of Noach dear. Who has been a judge and a in public office for years. I still remember seeing him praying in the vaskin minyan everyday. His religion was always first before his job. He will be missed may this horrible virus end pic.twitter.com/R49cp2CZxi