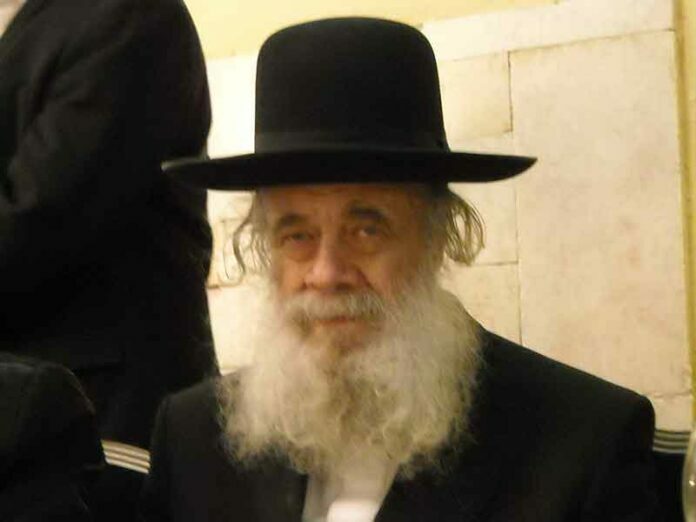 The forced isolation of COVID-19 is a time where a husband and wife can become closer to each other or it can be a time of increased marital strife.

There is a fascinating Ramah (YD end of Siman 240) which cites the Maharik who rules that there is no obligation to listen to one’s parents regarding a shidduch.  But why is there no obligation to listen to parents in this issue?  One of the answers provided is that there is another Torah Mitzvah that is involved here – that of v’ahavta l’rayacha kamocha.  It is a Mitzvah to marry someone that one loves – in order that a person not negate the Mitzvah of v’ahavta l’rayacha kamcha.

Thus, if the son loves a woman and is forced not to marry her, but to marry someone that he does not love – then it is highly likely that he will be in violation of v’ahavta l’rayacha kamocha.

But even if one does marry the person that one wants to – there is still no guarantee that he or she will not be in violation of negating V’Ahavta.  This Mitzvah, like many other Mitzvos, constantly needs to be checked and re-checked.  Tzitzis for example, are easily torn and need to be examined every day so as not to be making a bracha l’vatalah.

Shlomo HaMelech said in Mishlei 10:12, “v’al kol psha’im techaseh ahavah – love covers up for all transgressions.” Sometimes we will begin to do things that indicate that the transgressions are no longer being ignored.  In order to make sure that we keep the v’ahavta l’rayacha flowing we should be careful to avoid doing these behaviors.

Too many times, we don’t really listen to other people to learn what they think and feel.  Rather, we are just waiting for an opportunity to break in and tell them what we think – with no thought whatsoever to what they think. This communicates that their thoughts and feelings don’t really matter.

When a husband and wife don’t see eye to eye on something, it’s easy for one to start to view the other person as their opponent who has to be overcome. Rather than engaging in conversation, we correct what they have to say and explain to them why they are wrong (as far as we are concerned). This is belittling; it says that they are stupid or foolish.

Disagreeing with someone on an issue is bad enough, but it gets worse when we then make things personal. “How on earth could you think that?” isn’t really a question so much as a hidden statement. And think for a moment how often criticism is couched in a rhetorical question. “You’re not really going to wear that tonight, are you?” Over time, through repeated criticism— tell our spouse that we do not like them the way they are, that they are not acceptable to us – can undermine the foundations of a marriage.

At one level this may be positive; it shows you are listening to them, and it demonstrates you understand and know what they think or feel about a subject or situation, right? But, sometimes, it communicates irritation—that you just want them to hurry up and finish what they have to say so you can speak instead. And it assumes they don’t have something new to tell you, or that they need your help to communicate clearly.

Making fun of them.

Playful teasing is part of the spice and glue of a loving marriage, but it can become a way of tearing down—especially when it is done in front of others.

Sometimes it’s not the words we use, but the way that we say them. Our tone of voice and body language can be very damaging.

Redoing what they have done.

No one likes to be corrected all the time.  So they didn’t load the dishwasher quite the way you think it should be done, or the dinner table isn’t set exactly as you wanted it. Following up behind them and redoing their task treats them a bit like a child. Does it really matter that their way is a little different?

None of these, in and of themselves, necessarily means you are treating your spouse with contempt. It’s when these things become a pattern or a habit, rather than an exception, that you should be concerned, as it could be the symptom of some deeper issues in your marriage that need resolving.

Hopefully, this list is just a helpful reminder and encouragement to you about the importance of showing respect for your spouse. So let’s take it as an opportunity to strengthen our relationships: why not ask your spouse which one of these seven missteps they feel you most commonly make with them and make up to make a change?

John Gottman’s words here are critical to ensuring what the Torah wants from our marriages – and they are also critical in ensuring that our marriages remain islands of happiness and bliss.

Just one more thought.  Rav Avrohom Genackovski was one of the leading Gedolim of the past generation.  An adam gadol recently told me that his very last words in life were spoken to his wife on his deathbed.  He told her, “I do not think in the history of the world there was a more loving couple than us who got along better.” After he said this he passed on.  He was thus menachem avel his wife before he even passed away.