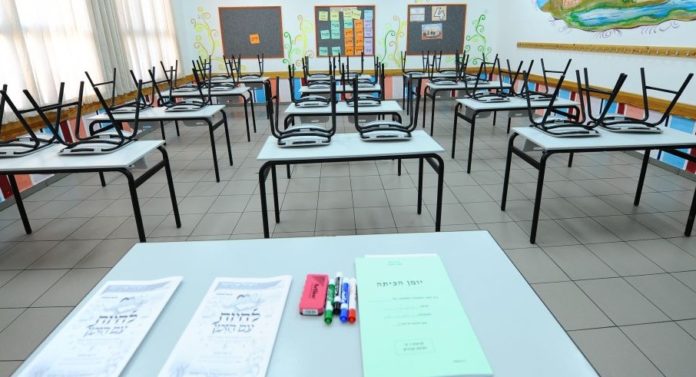 The Director of the Health Ministry, Moshe Bar Siman Tov told the Cabinet on Thursday that he advises not to open kindergartens on Sunday, March 3. Bar Siman Tov said that elementary schools from first to third grade could be opened on Sunday.

“We’ve seen great results on the national infection map, and we can take this step and wait with kindergartens until the next round when our [national] health will be a week or two along. The group that is safest to start with are first to third graders,” Bar Siman Tov said.

According to the plan presented by the ministry, schools will resume a partial routine on Sunday when grades 1-6 will return to classes in a limited format while kindergartens will remain closed. The final decision will be made by the government tomorrow.

Numerous ministers from the cabinet including the Education Minister Rafi Peretz disagreed with Bar Siman Tov and stated who stated that the Education ministry is prepared to re-open kindergarten through grade three on Sunday as planned.

Additionally, the Health Ministry has not ratified any plans for daycare systems for infants and toddlers. There are still discussions being had with regard to how daycares will work, how many children will be allowed in each group, how many teachers, and the rotation needed.

The heads of the organizations who run the daycares in Israel sent messages to the Minister of Social Services and told them that they will not be able to open doors on Sunday as the Health Ministry has been delaying the issue and they therefore have not had any instructions and will not be prepared. They told Social Services Minister, Ophir Akunis, that they will need at least a few extra days to get prepared once they have instructions after an agreement is reached. Akunis, said that he had no problem delaying for a few days until the middle of the week due to the stalling of the Health Minsitry.

Bar Siman Tov added: “Our recommendation for the kindergartens will be that 15 children would return [per class], split into groups of 7-8 children each, and be kept at a distance from each other.”

He said that the younger the children, the higher the level of infection. “For daycare, we recommend groups of up to 8 children with the most separation between them possible.”

“It’s a risk management question. It all depends on what happens in two weeks,” Bar Siman Tov told Channel 12 News.