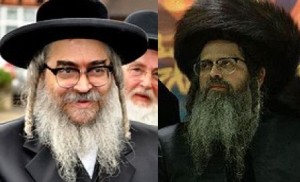 As we can all see, each Satmar faction (Zaly & Aroni) are claiming victory in this week’s primary Election for NYC Mayor.

This is the latest (unedited) press release sent to YWN by the Zaly faction of Satmar. [It should be noted that any press release by the Aronim will also be published – unedited. No press release has been sent as of this time.]

Williamsburg, Brooklyn (Sept. 12, 2013) – The United Williamsburg Jewish community affiliated with the Zalmanite group, the most reliable Jewish bloc in NYC, once again delivered more votes than any other Jewish group or neighborhood in the City.

In Williamsburg, the group trounced the Aronie slate by a 2:1 margin in the most heavily Chasidic concentrated Election Districts. For example, IS71 on Heyward Street, the largest polling site and most exclusive Hasidic ED, had 1,940 votes for Thompson (64 percent) versus 1,083 votes for de Blasio (35 percent). Thompson handedly won Williamsburg proving to be one of his strongest bases of support.

The slate also delivered for Councilman Steve Levin. Eighty-one percent of votes in the heavily Jewish areas, which was 45 percent of his total votes, supported the incumbent as he ran in a competitive race against Stephen Pierson who was supported by the Aronie sect. Levin’s council race had the second largest turnout in the city of any council race.

“Other groups promise the world each election cycle, but as in each and every election year, we are the ones that actually deliver the votes. Our voice and issues matter, which is why Williamsburg is a must visit for candidates running for public office,” said Abe Deutsch.