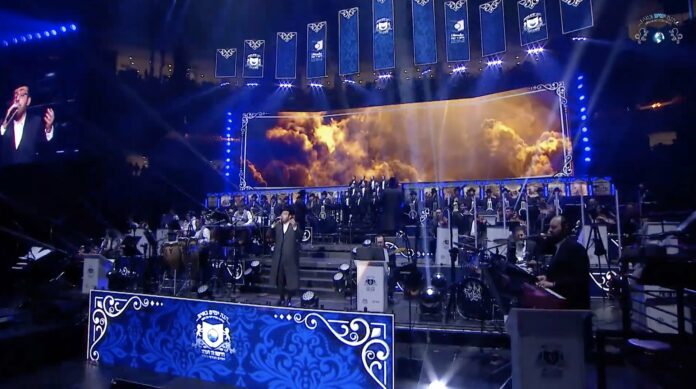 A choice medley from the giant Dirshu Siyum Hashas in the USA.

The medley is comprised of the two great chassidic hits which have recently captivated the world of Jewish music – “Lo Lanu”, which was originally performed as part of Ahrele Samet’s last album, and “Davenen” which featured in the latest album by Yiddish Nachas.

This special medley was written, produced, and conducted by the maestro Moishy Roth, accompanied by a multi-instrument orchestra made up of members of both the Malchus and Shira choirs, conducted by Pinchas Bichler.