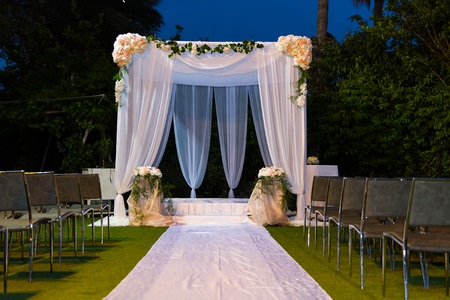 Following the Israeli government’s approval of new restrictions to combat the spread of the coronavirus on Monday, the restrictions were to go into effect on Tuesday afternoon.

That meant that anyone who had planned on getting married in a wedding hall with up to 50 guests on Tuesday would be left without a venue and no time to make new plans for an outdoor wedding with up to 20 guests before Shiva Asar B’Tammuz, after which weddings are forbidden for three weeks.

After MK Yitzchak Pindrus (UTJ) spoke with several chassanim who called him in tears, he demanded that the coronavirus cabinet delay the closure of wedding halls for 48 hours, until Wednesday, erev Shiva Asar B’Tamuz.

One Chareidi couple in Bnei Brak who was supposed to get married on Tuesday moved the wedding to Monday at midnight out of fear that by Tuesday they wouldn’t be able to hold the wedding, Kikar H’Shabbos reported.

The restrictions on public transportation, which were subject to much criticism, has been changed. The original restrictions allowed only up to 20 passengers on buses and banned the operation of the air-conditioning system but due to widespread criticism that the lack of air-conditioning is an unreasonable demand in the summer months, that restriction has been removed. The number of passengers that will be allowed on the bus is reportedly still under discussion.