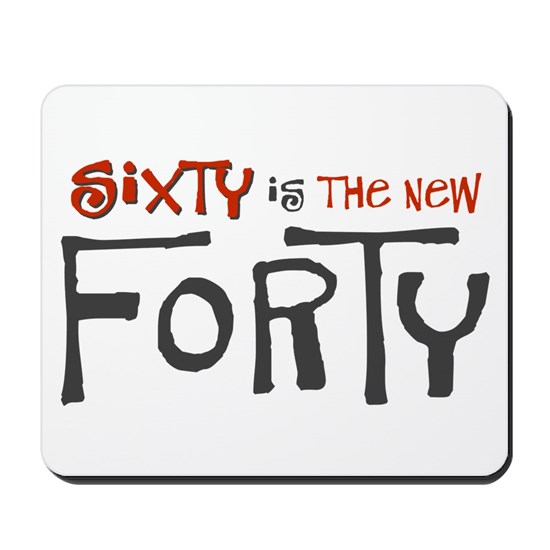 By Rabbi Yair Hoffman for the 5TJT.com

Is sixty the new forty?  Or is sixty considered elderly?  This has been a debate raging in America since the birth of the expression in 2003.

Our question, however, is the halacha.  Is it true?  Is sixty the new forty?  The World Health Organization does not seem to think so, as they delineated this secular decade of 2020-2030 the Decade of Healthy Aging – they defined elderly as, yes, you guessed it, age sixty and up.

So what does halacha say?  Here goes.

There is a Mitzvah in the Torah to arise before an older person and to respect Torah scholars. The Mitzvah (see Sefer HaChinuch #407) includes arising in their presence. The source for this Mitzvah is in VaYikrah (19:32), “Before a Saivah you should rise, and you shall honor the face of an old man, and you shall fear your G-d – I am the L-rd.”

The Hebrew word “Saivah” has been translated as everything from gray-haired, to white-haired, to hoary-headed, to elderly and aged. Most people think that the term “Saivah” applies to someone who has reached the age of seventy years. This is based upon the Rosh in Kiddushin (33a).  The Tur, Shulchan Aruch, and the Beis Yosef (YD 244:1) rule that it is age 70.

The Rashbatz (in Magain Avos Kiddushin 5:21), however, cites a Targum Unkelus that the age is actually sixty years old. The Minchas Chinuch (#407) writes that one should, in fact, be stringent and arise for someone who is sixty years old. The AriZal in the Shaar HaMitzvos on Parshas Kedoshim is also of the opinion that the correct age is sixty. [It is interesting to note that there is a correlation between the hair color and to whom the Mitzvah applies – the hair color is a means in which we can tell whether the person is old. Indeed, the third Lubavitcher Rebbe (Responsa Tzemach Tzedek Yore Deah #93) forbids the shaving of the beard precisely for this reason because the Mitzvah of arising before an older person would be negated – as we will be unable to tell who is old!]

The Mitzvah applies to all elderly people whether they are scholars or not. The matter, in fact, was debated in the Talmud (Kiddushin 33a). The halacha was established in accordance with Issi Ben Yehudah who ruled that Saivah includes all older people. The reason, presumably, is the life experience that the elderly person represents.

A SECOND MITZVAH TOO

This Mitzvah is an extremely important one, because whenever it is being fulfilled one fulfills another parallel Mitzvah called Vehalachta bidrachav, and you shall walk in His ways… The Talmud in Shabbos states that just as Hashem is merciful and kind so too must you be merciful and kind. The Jerusalem Talmud (Bikkurim 3:3) states that Hashem Himself honors the elderly. Since this is the case, we are walking in the ways of Hashem each time we perform this Mitzvah.

There are numerous other questions about this Mitzvah, however. What about an older woman? Does it apply during Davening? Do elderly people have to rise for each other? Are there any exemptions?

As far as whether it applies to a woman, here is where we enter some controversy. The Sefer Chassidim (#578), which Ashkenazic Jews generally follow, writes that the obligation certainly does extend to an elderly woman as well. The Ben Ish Chai (Parshas Ki Taitzei #16 in the second cycle), however, cites the AriZal that the Mitzvah does not generally apply to an older woman unless her husband is a Torah scholar.

Does it apply to another elderly person? The Shulchan Aruch (Yore Deah Siman 254) indicates that full standing does not apply, however they should honor and or acknowledge one another in some form. [See also response Michtam leDovid #54.] It should also be noted that the Chayei Odom writes that the Mitzvah applies to an elderly gentile as well.

As far as exemptions go, if one is in the employ of another and the rising will, even temporarily affect his work for his employer, the halacha is that he should not arise for the older person.

Indeed, the Mitzvah does not apply if there involves a loss of money in its performance (See Kiddushin 33a). Some Poskim have ruled that on account of this, one is not obligated in giving up one’s seat to an elderly gentleman on a bus, train, or subway, since having a seat is an item of value that one would pay at least a Prutah for. They do write that it is a Midas Chassidus – a praiseworthy act. It would seem, however, however that this may not be correct. Offering one’s seat also perforce involves other acts which involve charity that proper behavior – that we are obliged in performing even when there is a monetary loss. Also, not giving up one’s seat is the antithesis of vehalachta bidrachav aside from being a chilul Hashem.

What about during davening? The Birchei Yoseph (YD 244) rules that one must stand up even during davening. The Talmud (Kiddushin 33b) does tell us that when one is holding a Sefer Torah, however, the Mitzvah does not apply using the expression, “Does a Sefer Torah stand before those that study it?”

What happens when you are not sure whether or not the elderly gentleman has reached the age of seventy? Rav Ovadiah Yoseph (Responsa Yabia Omer Yore Deah 3:13) rules that since it is a doubt in a Biblical Mitzvah, the principle of safek deoriasah lechumrah (we are stringent in regard to any doubt regarding a Torah Mitzvah) comes into play and we assume that he is, in fact, seventy. Rabbi Yoseph rules, however, that for the stringency of arising for someone who is sixty years old we are not stringent when we are not sure.

An interesting thought The Zohar in Parshas Pinchas (page 227b) has a unique reading of this Posuk in VaYikra: “Before the grey hair, arise” – arise in doing Teshuva—repentance before you reach the age of having gray hairs.

So in conclusion, according to the Rashbatz, teh Targum Unkeles, the Minchas Chinuch and the AriZal – 60 is decidedly NOT the new 40.  According to the Tur and Beis Yoseph – there might be a possibility.