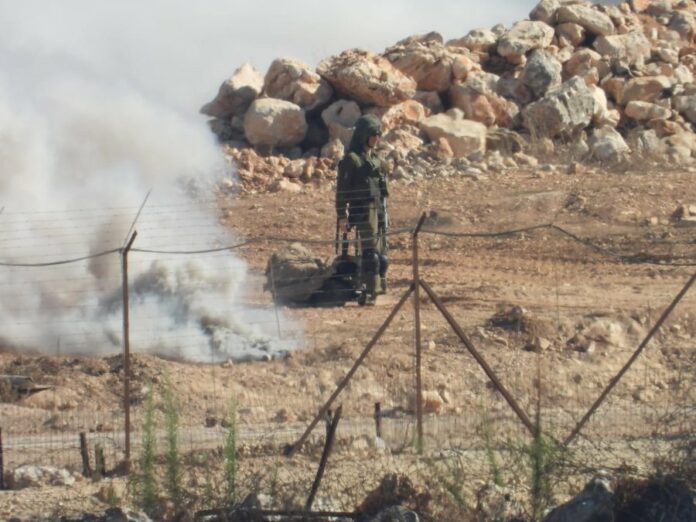 The Hezbollah-affiliated Al-Mayadeen TV channel published footage on Saturday of an effigy of an IDF soldier moving via a robotic device on the Israeli-Lebanese border.

The video shows the “soldier” walking toward the security barrier amid smoke grenades. Hezbollah operatives who spotted the “soldier” realized it was fake and videoed the scene.

The IDF has used IDF effigies in the past, with IDF vehicles patrolling the border “manned” by IDF effigies, according to an Al-Mayadeen report about a year ago.

The IDF remains on high alert along its northern border with Lebanon, with Hezbollah expected to continue efforts to carry out an attack on Israeli soldiers.

Hezbollah leader Hassan Nasrallah continues to threaten to retaliate against Israel for the death of one of its members in Israeli airstrikes on Syria a few weeks ago. “The moment you kill our fighter, we’ll kill your soldier,” Nasrallah said on Sunday. “That’s the equation. It’s only a matter of time until we respond. Our goal is to maintain the balance of deterrence.”

The UN Security Council (UNSC) voted last week to extend the mandate of the UNIFIL peacekeeping mission in southern Lebanon for a year. Although the resolution also reduced the forces’ troop ceiling from 15,000 to 13,000 as demanded by the United States, the current force consists of only 10,250, far below the ceiling.

The vote took place a day after Israel’s ambassador to the United Nations Gilad Erdan informed the UN that a shooting attack on IDF soldiers carried out by a Hezbollah cell earlier that week occurred only 100 meters from a UN post.