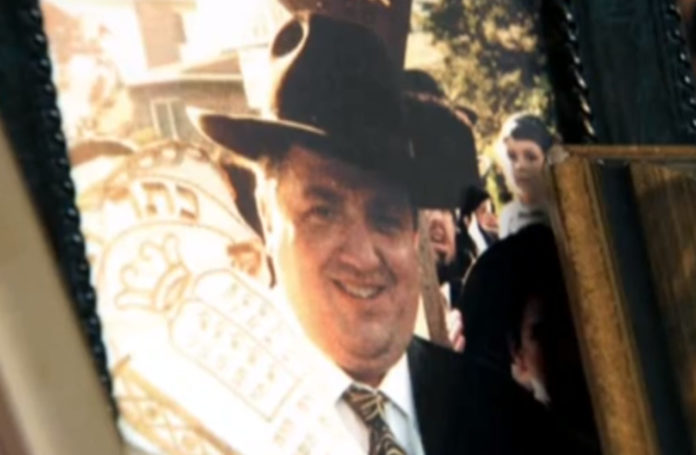 The following are excerpts of a Wall Street Journal article, and re-posted from the YWN archives:

After a few minutes, Mr. Biegeleisen grabbed his black canvas bag, walked past a cluster of cubicles and headed toward the stairwell. But when he reached the doorway — a step behind a project manager who worked for him — he stopped, leaned his big body against the open metal door and rummaged through his bag. “Whatever you’re looking for, it’s not important,” the manager told her boss. “Please come.” She started down the stairs.

THE WORD “FIDUCIARY” filled the caller-ID panel on the kitchen phone in the Biegeleisen home in the Flatbush section of Brooklyn. Miriam Biegeleisen knew it was her husband calling again from his office. “I love you,” he told her.

He hadn’t made it to the stairs when the wings of the second jet ripped diagonally through the south tower just four floors below Mr. Biegeleisen’s cubicle. Fire engulfed the tower’s stairwells. Mr. Biegeleisen was trapped.

Mrs. Biegeleisen handed the phone to Dovid Langer, a friend who volunteered for an ambulance service and had run over when he heard that ambulances had been dispatched to the towers.

“Dovid,” Mr. Biegeleisen told him, “take care of Miriam and take care of my children.” Mr. Langer heard a recording in the background saying over and over that the building was secure and that people should stay put. (A Port Authority spokesman said, “We are not aware of any recorded announcement made by building management.”) Mr. Biegeleisen continued: “Dovid, I’m not coming out of this.”

Mr. Langer connected Mr. Biegeleisen to Gary Gelbfish, a vascular surgeon and friend who was watching the towers burn on TV. “I’m having difficulty breathing,” Mr. Biegeleisen told him. Black smoke was filling the room.

“You’ve got to do two things,” the doctor said. “Stay low to the ground. And do you have a towel or a rag? Put water on it and put it over your mouth.” Twin

Mr. Biegeleisen walked past three cubicles to the water cooler. He wet a towel and raised it to his mouth. Then he walked back to his desk and lay down on the slate blue carpet in his black suede shoes, black pants, oxford shirt and black felt yarmulke. Mr. Biegeleisen was a Chassid, a devoted follower of the Belzer Rebbe, the leader of a rabbinic dynasty that dates to 1815.

“Is there a sprinkler?” Dr. Gelbfish asked. Mr. Biegeleisen looked up but couldn’t see through the smoke. He and the five colleagues trapped alongside him decided to try to get to the roof. Mr. Biegeleisen hung up the phone.

THE PHONE RANG in the Biegeleisen home. Again, “FIDUCIARY” flashed on the display. The intense heat had kept Shimmy Biegeleisen from reaching the roof. “We couldn’t even go into the hallway,” he said into the phone.

The Biegeleisen home was filling with worried friends and neighbors. Women clustered in the living room, trying to calm Mrs. Biegeleisen. Men paced in the kitchen, taking turns speaking to her husband. One phoned 911. They waited while Mr. Biegeleisen tried again to reach the roof.

He didn’t make it. At 9:45, he phoned home again. “Promise me you’ll look after Miriam,” he told one of his friends. “Tell Miriam I love her.” Lying on the floor beneath photographs of his five children that sat atop his filing cabinet, he now spoke of them and gave instructions for handling his finances.

Mr. Biegeleisen and his 19-year-old son Mordechai were supposed to travel in five days to Jerusalem to spend the Jewish new year with the Belzer Chassidim and meet with the Belzer Rebbe. Mr. Biegeleisen made the trip every few years at Rosh Hashanah. Most inspiring to him was the second night of the holiday, when the Rebbe read aloud the 24th Psalm.

Now, in a voice hoarse with smoke, Mr. Biegeleisen began to recite that psalm in Hebrew over the phone: “Of David a Psalm. The Lord’s is the earth and its fullness …”

The friend on the phone began to shake. He handed the phone to another friend, who urged Mr. Biegeleisen to break a window. “You can get some air and go to the roof,” the friend said. Mr. Biegeleisen called out to a colleague. “Let’s go! Let’s break the window!” At 9:59, the two men hauled a filing cabinet to the window. “I’m looking out the window now,” Mr. Biegeleisen said into the phone. Then he screamed: “Oh God!” The line went dead.

SEVEN DAYS AFTER her husband’s phone line went dead, Miriam Biegeleisen stood in synagogue on Rosh Hashanah murmuring a prayer about God and fate: “How many will pass from the earth and how many will be created. Who will live and who will die. … Who by water and who by fire.”

By tradition, she and her family would have begun their shiva, the weeklong mourning period for her husband, the day after his death. But no body had been found, and the Biegeleisens for days had held on to hope that Shimmy was alive. Now Shimmy’s father decided that they were ready to mourn. Before they could, it had to be established that Mrs. Biegeleisen wasn’t an agunah.

In Jewish law, an agunah is a woman who is separated from her husband and cannot remarry, either because he won’t grant her a divorce or because it isn’t known whether he is alive or dead. With no trace of a body, a rabbinic court must rule whether death can be assumed.

Minutes after Rosh Hashanah ended, Mr. Biegeleisen’s father phoned Efraim Fishel Hershkowitz in Brooklyn. The 76-year-old rabbi said he would convene with two other rabbis to decide the case at once. He asked that the men who had spoken to Mr. Biegeleisen on the day he disappeared come to the rabbi’s home. He also wanted a tape of the 911 call.

THREE RABBIS and six of Shimmy Biegeleisen’s friends gathered at the home of Rabbi Hershkowitz on Thursday, Sept. 20. It was the Fast of Gedalia, so the men sat down at the dining-room table with empty stomachs. The rabbis wore the long ear-locks, long black coats and wide-brim velvet hats of their European predecessors.

One of them opened a copy of the Yiddish newspaper Blat to a sequence of photographs of the towers’ end. In Yiddish, the rabbis discussed various logistics of the case: the floors the planes hit, how and when the buildings fell, the intensity of the fire, where Mr. Biegeleisen lay, what he said on the phone. They spoke with Mr. Biegeleisen’s friends about the phone call — and about Mr. Biegeleisen — then asked them to wait outside.

The rabbis deliberated for 10 minutes. Caller-ID repeatedly placed Mr. Biegeleisen at his Fiduciary office. The building fell at the precise moment Mr. Biegeleisen screamed. Mr. Biegeleisen’s relationship with the Belzer Rebbe attested to his character. They cited a case, in a 16th-century book of Jewish law, of a furnace of fire from which there is no escape. Mr. Biegeleisen’s was just such a case, they said. His death could be assumed. Mrs. Biegeleisen was not an agunah. The mourning could begin.

One of the rabbis went to the Biegeleisen home. He took a razor from his pocket and made cuts in the clothing of the male mourners — on the left for Mr. Biegeleisen’s three sons, on the right for his brother and father. Mrs. Biegeleisen, standing by the kitchen, said, “Is the psak [ruling] final?” It was. “It’s over,” she thought. “Shimmy is not coming back.”

AN ORTHODOX JEWISH woman came to the Biegeleisen home on Sunday, Sept. 23, the fourth day of shiva. Mrs. Biegeleisen, following Jewish law, sat on a low, hard chair. She didn’t know the woman visitor, who said, “My husband was also there.” Mrs. Biegeleisen understood that the woman had not yet been allowed to mourn. She was as yet an agunah.

For Mrs. Biegeleisen, knowing that she could remarry was hardly a comfort. “It’s not something I’m thinking of,” she said, her covered hair and engagement ring evidence of her 20 years of marriage. “When you live with only one person, it’s all you know.”

SHIMMY BIEGELEISEN’S FAMILY had almost finished mourning him when the phone rang. On the line was the Belzer Rebbe, Issachar Dov Rokeach, calling from Jerusalem.

Mr. Biegeleisen’s wife, five children, parents, brother and sister scurried upstairs to a closed room. They encircled a phone and put it on speaker. The 53-year-old Rebbe spoke quietly in Yiddish. He asked for the men and boys, one by one, and recited to each the Hebrew verse traditionally spoken to mourners: “May the Omnipresent console you among the other mourners of Zion and Jerusalem.”