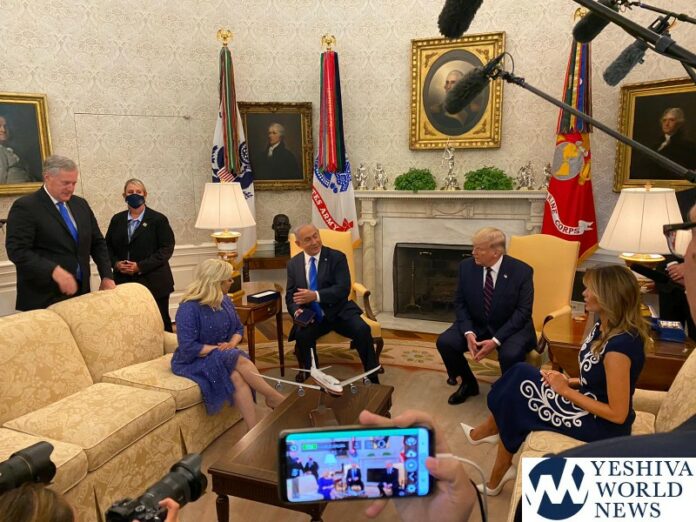 In the presence of PM Netanyahu at the White House, President Trump made a stunning revelation regarding additional nations ready for peace agreements with Israel:

Israel “is getting peace,” says the US president.

“We have many nations ready to follow” and make peace with Israel.

He says there are “at least five or six countries coming along very quickly.”

“They’re warring countries but they’re tired of fighting,” he says.

“You’re going to see a lot of great activity. There’s going to be peace in the Middle East,” adds Trump.