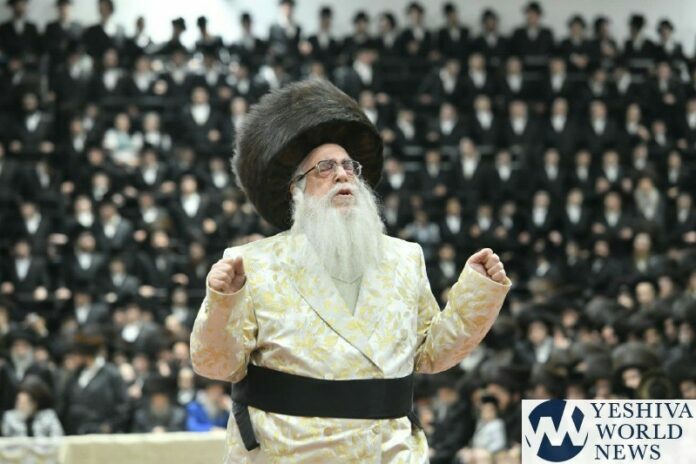 Following several days of feeling extremely weak, the Sanzer Rebbe of Netanya was tested for the coronavirus and the result was found to be positive on Tuesday.

The Rebbe, 67, was known to be extremely careful in adhering to health regulations, not even leaving his home during the initial stages. Currently, baruch Hashem, he is still at home in good condition.

The Rebbe went to Selichos on Motzei Shabbos in an open area outdoors, during which he spoke for about an hour while weeping copiously about the difficult straits Klal Yisrael is facing.

In the wake of the Rebbe’s diagnosis, the Sanzer chassidim have been asked to refrain from coming to Netanya to daven with the Rebbe. The tefillos had been arranged in an outdoor area but following his diagnosis, the Rebbe will have to stay in quarantine for Rosh Hashanah in his home.

The Rebbe was hospitalized in Laniado Hospital in May after suffering a mild heart attack. Later, the Rebbe underwent a heart catheterization and a stent was inserted into his heart.