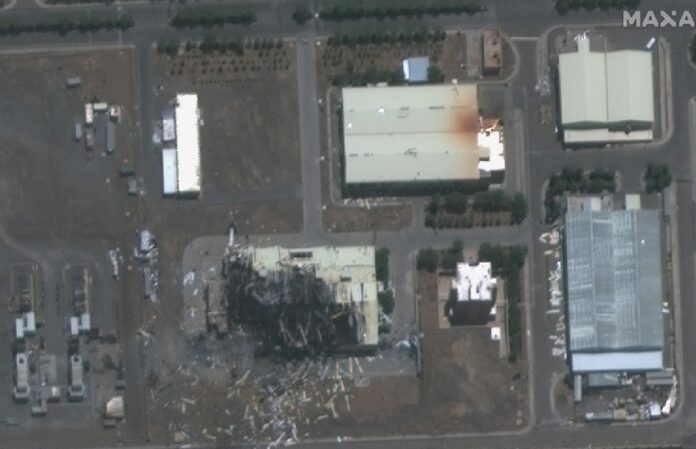 Israel’s involvement in the explosion at Iran’s Natanz uranium enrichment site has been confirmed, according to a Jerusalem Post report on Wednesday.

The report said that that the goal of the Natanz explosion was to send a clear message to Iran to halt its nuclear program and indicate that continued progress toward development of nuclear weapons will not be tolerated.

The explosion caused extensive damage at the site and the Post report confirmed that the explosion was a result of physical sabotage rather than through cyberattacks.

Iran has not officially accused Israel of perpetrating the explosion and at the time of the attack, an unknown group named the Homeland Cheetahs, supposedly comprised of Iranian dissidents, claimed responsibility for the explosion. The group has not been heard from since.

David Albright, president of the Institute for Science and International Security (ISIS) told The Jerusalem Post in July that satellite pictures revealed that “the vast majority of the centrifuge assembly hall was wiped out.”

“It is clear that a major explosion took place, destroying nearly three-quarters of the main centrifuge assembly hall, generating a fire that blackened a major portion of the building, the blackening visible where the roof had been blown away by the explosion.”

Imagery taken by Maxar satellite this morning (July 8) over Natanz brings a new high-resolution photo of the centrifuge balancing facility. Comparison with the one taken on June 29 demonstrates the magnitude of the devastation caused by the blast.

“This new facility, inaugurated in 2018, was critical to the mass production of advanced centrifuges, in particular the assembly of rotor assemblies, the rapidly spinning part of the centrifuge and its most crucial component.”

“An annex to the building was intended to assemble electrical components of centrifuges, including motors – another important component of centrifuges. The visible damage is such that the entire building will likely have to be razed and rebuilt from scratch.”

The report estimated that it will take a minimum of a year to rebuild the site but likely much longer as it took the Iranians six years to build it and begin operations.

The destruction of the building is likely to lead to a significant delay in Iran’s nuclear program as the Natanz facility was Iran’s only site that had the capability to mass-produce advanced centrifuges in the thousands.

A New York Times article in July also stated that Israel was responsible for the explosion at the Natanz nuclear site, quoting an anonymous Middle Eastern intelligence official.