Instructions in Hagaon HaRav Chaim Kanievsky’s name’s were publicized on Monday in which the Gadol HaDor instructs that all educational institutions for girls be reopened immediately.

HaRav Chaims’s instructions were conveyed by his daughter Rebbetzin Leah Koldetsky in an open letter to Beis Yaakov principals. “To the principals of Beis Yaakov schools in Eretz HaKodesh,” Rebbetzin Koldetsky wrote. “In recent times we find ourselves in a very difficult situation because there are classrooms that have still not opened. The girls are sitting at home, bored, and as is known, boredom leads to … and the situation of many girls borders on pikuach nefesh.”

“My father, my teacher, HaRav Chaim Kanievsky, shlita, told me that the principals and teachers should do everything possible in order to prevent the deterioration of bnos Yisrael and open the educational institutions for all classes with as much caution as possible.”

“HaRav [Chaim] added that all the students should recite several chapters of Tehillim after davening.”

“[HaRav Chaim] gave a bracha that everyone who does this will not be harmed at all and no harm will result from it. And they will be zocheh to increase kavod Shamayim and to nachas from all their descendants.”

The Israeli government has instituted a graded plan of returning students to their classrooms, with 5th and 6th graders scheduled to resume classes this week and 11th and 12th graders next week. 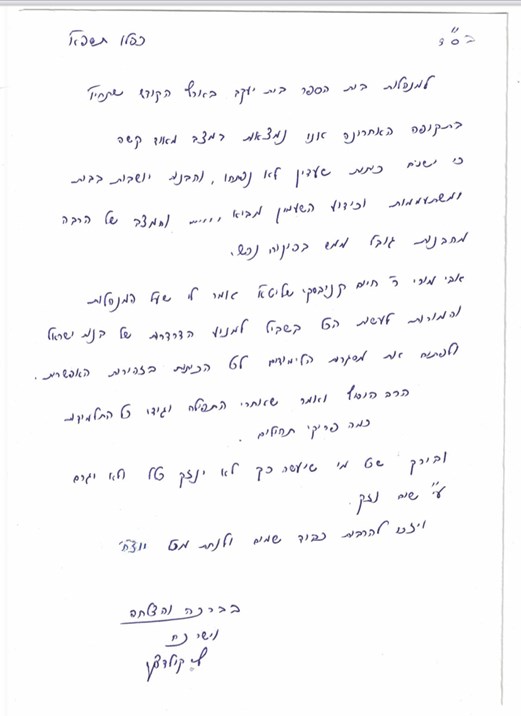