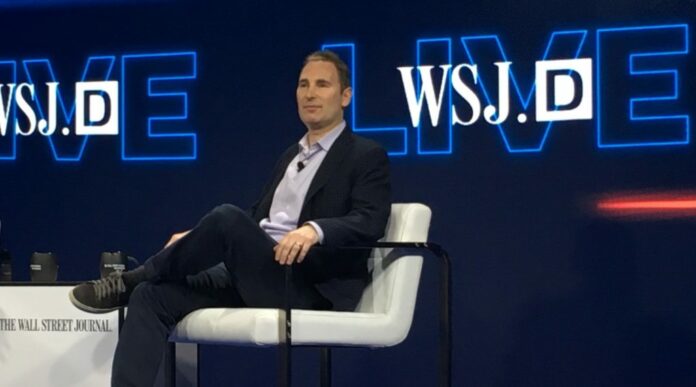 Andy Jassy, who will be replacing Jeff Bezos as the CEO of Amazon in the summer, is a long-time Jewish Amazon executive and confidante of Bezos, JTA reported.

Bezos, who announced he is stepping down as CEO earlier this week to become executive chairman, named Jassy as his replacement in a letter to his employees on Tuesday.

“Andy is well known inside the company and has been at Amazon almost as long as I have,” Bezos wrote. “He will be an outstanding leader, and he has my full confidence.”

The 53-year-old Jassy grew up in a Jewish family with Hungarian roots in Scarsdale, New York, and had a Jewish ceremony at his wedding to Elena Caplan in 1997. He began working for Amazon the same year as his wedding – three years after its launch – along with several fellow Harvard Business School colleagues.

In 2003, Jassy and Bezos came up with the idea to create the cloud computing platform that later became known as Amazon Web Services (AWS) and became the most profitable aspect of its business. As of 2017, AWS owns a dominant 33% of all cloud (IaaS, PaaS) while the next two competitors Microsoft and Google have 18% and 9% respectively, according to Synergy Group.

In its most recent quarter, Amazon Web Services had “net sales of $12.7 billion with an operating income of $3.6 billion, more than half of the company’s overall operating income,” according to the Wall Street Journal.

AWS launched in 2006 with Jassy heading its 57-member team. In 2016, he was promoted from senior vice president of AWS to CEO.

As of November 2020, Jassy’s estimated net worth is $377 million. He lives with his family in the Capitol Hill neighborhood of Seattle.