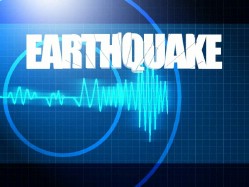 With at least six earthquakes felt in the north and south of Israel since Thursday, 13 Cheshvan, the issue of earthquakes is back in the news in Israel. B”H the strongest of those earthquakes registered 3.6 on the Richter scale, resulting in minor road damage in the Tiveria area.

However, the experts are warning that if a major earthquake hits the Kinneret/ Tiveria area, the result will be catastrophic as the nation continues to lag in earthquake preparedness.

According to Homefront Affairs Minister Gilad Erdan, “The nation is preparing for in the event of a major earthquake, there will be 7,000 fatalities, tens of thousands of injured and 200,000 people will require assistance.”

The worrisome statement from the minister was made in the Knesset plenum during his response to a query from Yesh Atid MK Karin Alharrar, who asked to know just what the government is doing to prepare for an earthquake.

Erdan admits that while the government is moving ahead with the Tama 38 program to strengthen older buildings, “We are not moving fast enough”. He explained that since assuming the cabinet post he has made this a priority and he is trying to improve coordination between the various governmental agencies involved in earthquake preparedness.