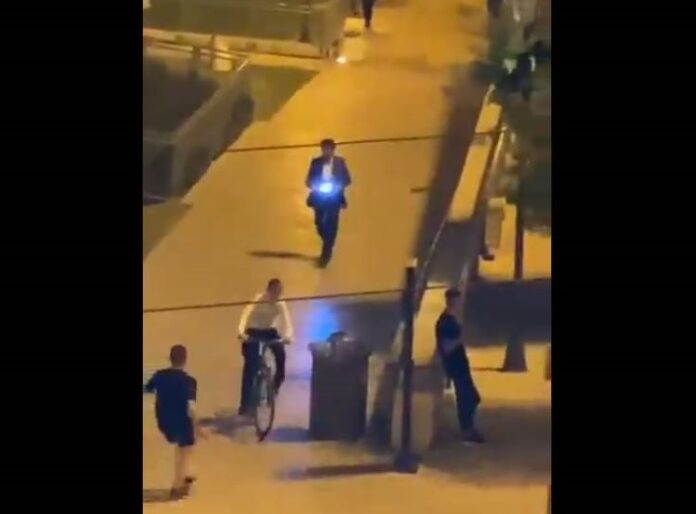 In the latest incident of “TikTok Terror,” a yeshivah bochur was violently attacked by a group of Arabs outside the Old City of Jerusalem on Monday evening. The Arabs’ friends videoed the attack, later uploading it to social media.

The bochur was riding his bike from the direction of Sha’ar Yafo toward Kikar Tzahal when the Arabs suddenly surrounded him, punching and kicking him.

Police patrolling the area immediately responded to the incident, chasing after the Arabs.

And in another disturbing incident that happened last week, Arabs in Yafo attacked a 70-year-old man and his son, as they were driving, simply because they tried to pass the truck belonging to the Arab assailants.

The Arabs approached the driver’s seat, punched the elderly man in his face and chest, kicking him and knocking him to the ground. When the son tried to defend his father from the passenger’s seat, the Arabs threatened them with a screwdriver.

The father suffered severe injuries to his face as well as a broken arm.

The victims filed a complaint to the police and the suspects were arrested, only to be released the next day, with only one of the suspects placed under house arrest.

The Honenu legal aid organization is representing the father and son. Currently, an indictment is being filed against one of the suspects.