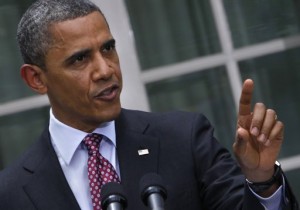 President Barack Obama’s soothing promise that Americans happy with their health insurance could simply keep it was doomed from the start, and everyone familiar with the market seemed to recognize that except the president. Even his aides said four years ago, early in the huge push for his health care law, that he wasn’t to be taken literally on that point.

But he kept making the promise, literally and forcefully, through the long debate about the overhaul, after it became law and directly to voters in the campaign for the 2012 election. The words sometimes varied but the message didn’t: Not only was a better day coming for people with no insurance or bad insurance — but everyone else could just relax.

Now his assurance is proving empty for people who are getting cancellation notices in the individual or small-business insurance marketplace and for workers who are beginning to see jarring changes in their employer-provided plans. Although they are a minority of the insured, they are adding up to millions of people.

Obama said Wednesday that those who are seeing individual policies canceled should “just shop around” and get another one.

And from the final months of the 2012 campaign: “If you’re one of the more than 250 million Americans who already have health insurance, you will keep your health insurance. This law will only make it more secure and more affordable.”

It’s possible that the shakeout will leave Americans in a better place overall with their health care. It will take a while to know if that is so. People can no longer be denied insurance because they’ve been sick, insurance subsidies are becoming available for many and choices are expanding in new markets despite a stumbling debut that the Obama administration is still trying to set right.

It was never convincing, though, to claim that an overhaul of this magnitude could be dropped like a rock into a pond without waves washing over the system — happy campers among them.

Health policy experts, including some who favored the law, said then that Obama had no standing to make such a promise, as did fact-checkers. “If he was a king, he would deliver that, but he’s not king,” Dallas Salisbury, head of the Employee Benefit Research Institute, told The Associated Press in 2009.

The promise stretched credulity a number of ways:

—It’s practically baked into the law that some policies are going to disappear. Insurance must meet certain standards, and coverage that falls short cannot be sold except through a grandfathering process that insurance administrators say is untenable. So healthy young people or others who were happy enough with bare-bones coverage may be losing access to those plans, and face requirements under the law to replace them. “Nobody is forcing you to shift,” Obama previously said. Shift they must.

—The law does not stop employers from changing plans or carriers, or from dropping coverage altogether. Larger companies will face a fine for terminating insurance but in some cases that could be cheaper for them than continuing their coverage. The nonpartisan Congressional Budget Office estimated that the number of workers getting employer-based coverage could drop by several million as companies pull back and steer workers to the new individual insurance options instead.

—Cost-control measures in the law are certain to drive changes for people with generous workplace plans. It’s happening already.