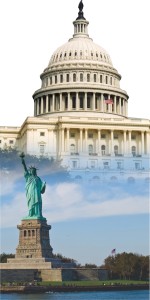 On November 20, 2013 key leaders representing a broad spectrum of Sephardic Jewry from across the United States will be joined by members of Congress to celebrate over 360 years in America exemplified by the growth of the greater Sephardic community.

The community is a reflection of the rich Sephardic legacy of time immemorial that is manifested by the leadership of various Rabbis and community leaders. “This event will celebrate the contributions of the Sephardic community to the United States and Jewish culture” said Yehuda Azoulay, founder of Sephardic Legacy Series who has been the driving force behind this momentous occasion.

Representative Debbie Wasserman Schultz, who is the first Jewish woman from Florida to be elected to the House of Representatives, will be delivering the keynote address.

The theme of the event will be commemorating the first Jews to arrive to the United States of America who were Sephardim with special emphasis on highlighting the life and contributions of Emma Lazarus, a descendant of the Jews that were expelled from Spain centuries before who passed away 126 years ago on November 19th. Emma Lazarus is famous for her well-known poem “The New Colossus”, written in 1883, five verses of which are engraved on a bronze plaque in the pedestal of the Statue of Liberty placed in 1903. Millions upon millions were inspired by her written words ” Give me your tired, your poor, your huddled masses yearning to breathe free” which gave hope to masses of Jewish emigration. Less than five years later after she wrote the poem she was dead of cancer, never knowing the impact her poem had on the nation.”

“This event will be a pivotal moment for Sephardic Jews who, through their contemporary leaders, will be honored by Members of Congress for their significant role in the history of the United States of America” said Ezra Friedlander whose firm The Friedlander Group is coordinating the event.

Yeshiva World News will be covering the event and will be providing extensive coverage as it becomes available.