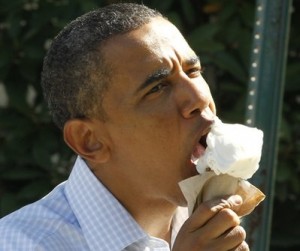 Amid the recent fiasco over the Obamacare rollout and the President’s reported bad poll numbers, new revelations point to some shocking lead-ups that ultimately helped Obama defeat Mitt Romney in the fall of 2012.

In the home stretch of the 2012 presidential campaign, the unemployment rate fell sharply from 8.1 percent in August to 7.8 percent in September, which raised some eyebrows in DC and conspiracies on right wing media.

A year later, the NY Post reports the numbers were manipulated. And the Census Bureau, which does the unemployment survey, knew it, John Crudele exclusively reports.

Just two years before the presidential election, the Census Bureau had caught an employee fabricating data that went into the unemployment report, but it escalated at the time President Obama was seeking reelection in 2012 and continues today.

“He’s not the only one,” said the source, who asked to remain anonymous for now but said he’s willing to talk with the Labor Department and Congress if asked.

The Census employee caught faking the results is Julius Buckmon, according to confidential Census documents obtained by The Post.

Buckmon admitted to the Post that he was told to make up information by higher-ups at Census.

According to Buckmon, Labor requires Census to achieve a 90 percent success rate on its interviews — meaning it needed to reach 9 out of 10 households targeted and report back on their jobs status.

Census currently has six regions from which surveys are conducted. The New York and Philadelphia regions had been coming up short of the 90 percent.
Philadelphia filled the gap with fake interviews.

“It was a phone conversation — I forget the exact words — but it was, ‘Go ahead and fabricate it’ to make it what it was,” Buckmon told the Post.

Census, under contract from the Labor Department, conducts the household survey used to tabulate the unemployment rate, the writer notes. Interviews with some 60,000 household go into each month’s jobless numbers. Since this is considered a scientific poll, each one of the households interviewed represents 5,000 homes in the US.

Buckmon, trying to impress his employer, went an extra mile, according to a source known with the facts. He conducted three times as many household interviews as his peers. By making up survey results — and, essentially, creating people out of thin air and giving them jobs — Buckmon’s actions could have lowered the jobless rate.

Apparently, Buckmon filled out surveys for people he couldn’t reach by phone or who didn’t answer their doors. But was never told how to answer the questions about whether these nonexistent people were employed or not, looking for work, or have given up.

Census, aware of the facts, never publicly disclosed the falsification. Nor did it inform Labor that its data was tainted.

“Yes, absolutely they should have told us,” a Labor spokesman told the Post. “It would be normal procedure to notify us if there is a problem with data collection.”

But Business Insider’s Joe Wiesenthal claims that the allegedly fabrications might not be so revealing in terms of influencing the election.

“The alleged fakery was not a pre-2012 thing, but rather something that had been an issue for years,” he notes.

“The article also does not say that there was a conspiracy to depress the stated unemployment rate. The guy at the center of the story says there was pressure to produce responses but that there was no pressure on how to report them,” he further writes.

Nevertheless, the charges brought up by the Post are definitely an issue of concern and a matter to be discussed about.