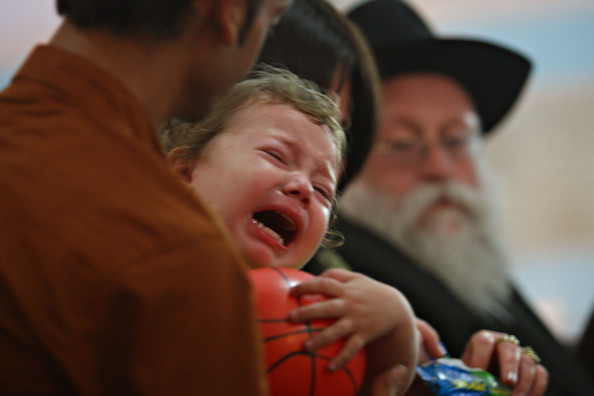 The following article is via CNN.com: The deadly terrorist attacks in Mumbai, India happened five years ago this week. Indians, Americans and Jews were all targeted in the assault.

But amid the carnage of that night, a story of hope and survival emerged, involving a Jewish child and his Indian nanny, who saved the boy during the attack and has stayed by his side ever since.

Moshe is a typical, rambunctious 7-year-old. He currently lives with his maternal grandparents Rabbi Shimon and Yehudit Rosenberg in Afula

His nanny Sandra Samuel raised him from a baby.

But carry him she did, through gunfire and smoke five years ago in Mumbai, when terrorists stormed the Jewish center where they were living, killing Moshe’s parents Gavriel Holtzberg and his wife Rivka.

“Even now I can picture Rabbi Gabby and Rifki screaming and Rabbi Gabby fighting the terrorists,” Samuel said. “The sound of it even now, I can see as a picture.”

Moshe’s parents’ bodies were brought to Israel. Rivki’s father Rabbi Shimon Rosenberg helped bury them on the Mount of Olives.

“Sandra the nanny, it is not a regular nanny; a nanny who feels like an angel from God who take the boy.”

Sandra is never far from Moshe’s side.

“Moshe boy and I will always be close,” Samuel said. “I hope we will always have this connection.”

“I meet Moshe twice a month He is a healthy and happy boy, who has a team of psychiatrists, paediatricians and social workers to look after his development. He has been immunized according to the Israeli health ministry’s protocols. When he was around four years old, he had once said he wanted to go to his Abba’s house. His resemblance to his father is extremely strong, and I feel like I am meeting Gavriel every time I meet Moshe,” said  Dr Aaron Abraham, a close personal friend of the Holtzbergs.

Moshe’s grandfather wants to keep memories of his daughter and son-in-law alive. He’s constructing a community center to honor the young caretakers of the Mumbai Jewish Center.

“What the father and mother were doing only life give for somebody, also Moshe boy since he was a small one, I give it in his mind you need to do the same your mother and father was doing,” Rosenberg said.

There might be some solace for Sandra in that. She still carries regret.

“Bravery?” Samuel said. “I can’t say I was brave at that moment. If I was brave, I could have gone on that same day and done something for the parents.

While she may question her bravery, for this family there is no question. She is a hero.