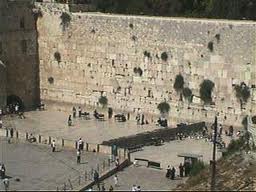 In a letter to Women FOR the Wall, HaRav HaGaon Aharon Feldman, shlit”a urges all women to join the group’s Rosh Chodesh prayers at the Western Wall, aimed at preserving the traditions of Jewish prayer at the Holy Site.

“The Western Wall is a monument to the immutable faith of the Jewish people in the rebuilding of the Holy Temple and the renewal of its ancient modes of worship. By implication it is also a monument to the all Jewish belief in Torah and its traditions,” wrote Rabbi Feldman. “It is thus tragically unfortunate that the Western Wall is being used by certain groups as an arena for the rejection of age-old Jewish traditions. How improper — even offensive — for them to promote their innovations by undermining the very ideas which the Wall symbolizes!”

Rav Aharon Feldman is presently the Rosh Yeshiva of Yeshivas Ner Israel in Baltimore, Maryland, and a member of the Moetzes Gedolei HaTorah of America. Previously he was the Rosh Kollel of Kollel Meshech Chochmah of Yeshivas Ohr Somayach Jerusalem, where he lived for many years. Thus his words are widely respected in both countries, and were especially intended to encourage participation by American-born women and seminary students to join the prayers of Women For the Wall.

“American Olim have a special impetus to respond to an American group bent upon changing our holy traditions, and to do so by joining us in peaceful prayer,” said Women For the Wall Director Ronit Peskin. “There is no better way to show ourselves, our children and the world that we delight in being traditional Jewish women, and wish to preserve our faith and outlook.”

Rav Feldman emphasized the importance of preserving peace at the Kosel, and said that avoiding any form of verbal or physical abuse “goes without saying.”

“Chanuka celebrates the willingness of dedicated Jews to risk even their lives against the infiltration of foreign ideas,” said Women For the Wall co-founder Leah Aharoni. “As in the times of the Maccabees, so today, the battle rages at our holiest site. It is upon us to follow in the footsteps of Yehudis and Chana to preserve our holy Mesorah.”

Women For the Wall will hold its next tefila on Rosh Chodesh Teves, Wednesday December 4, at 6:30 AM.

Women for the Wall, a grassroots organization committed to preserving the consensus around the Kotel and maintaining the sanctity of the place, is dedicated to ensuring that the Western Wall can be a place for all Jews to come and pray with respect and dignity. It believes that only by preserving classical Jewish practice at the Wall can it be a place where all Jews can be welcome.