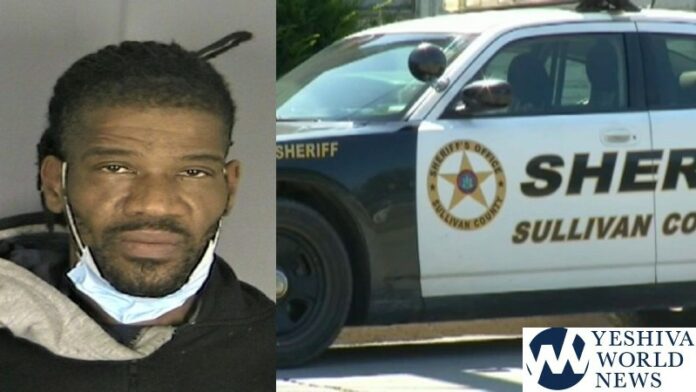 A 44-year-old parolee from Monticello is spending time in the Sullivan County Jail for cutting copper pipes out of a bungalow in the Town of Thompson.

The Sheriff Department tells YWN that on Monday December 13, at about 10:49 AM, the Sullivan County Sheriff’s Office responded to a report of a burglary in progress at the Sunny Forest Bungalow Colony located at 127 Old Liberty Road in the Town of Thompson.

Sheriff’s deputies and back up units from the Monticello PD found an open door at unit #2. When they searched the residence they found Joshua Whidbee, 44, of Monticello in the basement removing copper pipes with a saw. Whidbee fled the basement and a brief foot chase ensued across the parking lot of the colony. Whidbee was intercepted by a Sheriff’s detective unit that had just arrived on the scene and taken into custody.

Whidbee, who is on parole, was charged with the felonies of Burglary, Criminal Mischief and the misdemeanors of Resisting Arrest and Possession of Burglar Tools.

He was arraigned before Thompson Town Justice Martin Miller and sent to the Sullivan County Jail without bail.