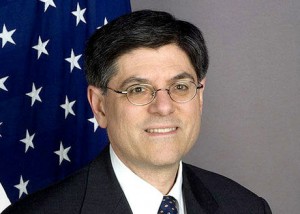 Treasury Secretary Jack Lew says the world’s biggest economies need to do more to bolster financial rules to avoid a repeat of the disastrous 2008 financial crisis.

Lew says he will use a February meeting in Australia of the Group of 20 major industrial countries to push other nations to overhaul their banking regulations. He says the administration’s goal will be to “make sure that global banks meet the high standards we have set” in the United States.

The Treasury secretary says rules need to be revamped to prevent international banks from pursuing business in countries with lax regulations.

His comments come in a Washington speech Thursday in which he assesses the status of banking reform.