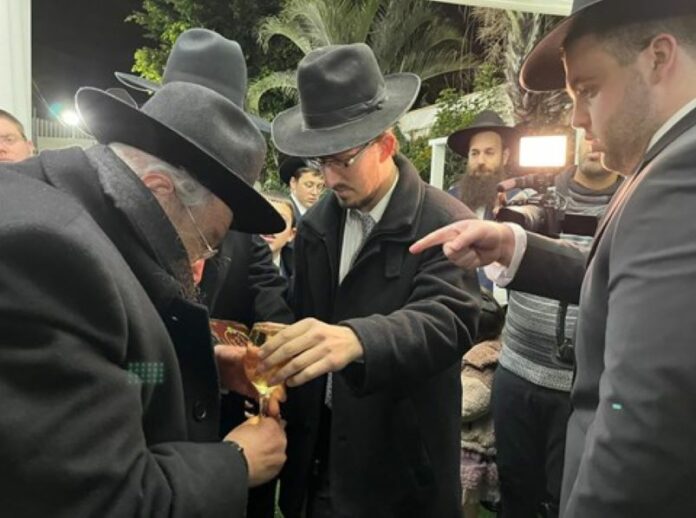 HaRav Avigdor Nebenzahl, Rav of the Ramban shul and former Rav of the Old City of Jerusalem, participated in the wedding of his grandson, the son of his son HaRav Yechezkel, on Sunday,

A grandfather attending his grandson’s wedding is usually par for the course but in this case, HaRav Nebenzhal attended the wedding instead of his son, who was at home while his son stood under the chuppah, B’Chadrei Chareidim reported.

HaRav Avigdor, who is about 86, has been extremely machmir about health regulations since the COVID pandemic began, mostly staying at home and especially not leaving the city. Therefore, his attendance at the wedding, which was held in Bnei Brak, was very unusual.

In September 2020, HaRav Avigdor’s son, HaRav Benaya Nebenzahl, z’tl, passed away of COVID at the age of 57.