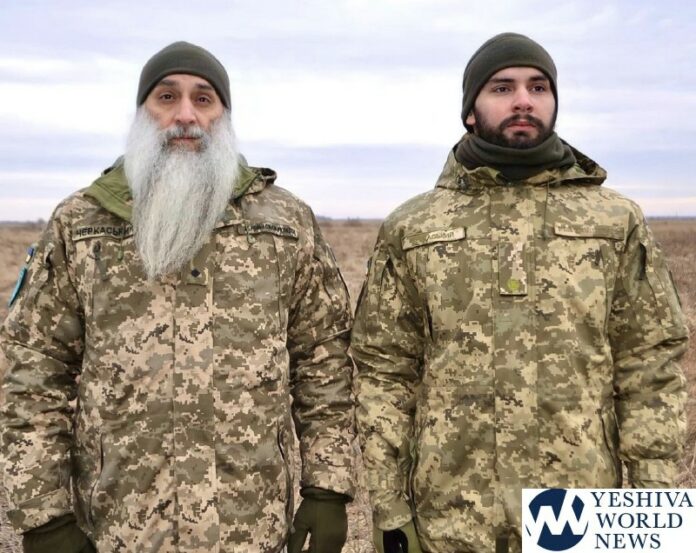 A chasidic father and son duo have taken up arms to fight against the ongoing Russian invasion into Ukraine.

Asher Yosef Cherkassky and his son Dovid, who hail from the Ukrainian city of Dnepropetrovsk, have taken upon themselves to assist in the defense of the country, whose government Vladimir Putin has been desperately trying to dislodge.

Asher Yosef isn’t a stranger to war. In 2014, when Russia annexed Crimea, he joined in the battles against invading Russian forces, and sustained some injuries.

But now he and his son are primed and ready to take on any lethal challenge thrown at them by their invading nemeses.