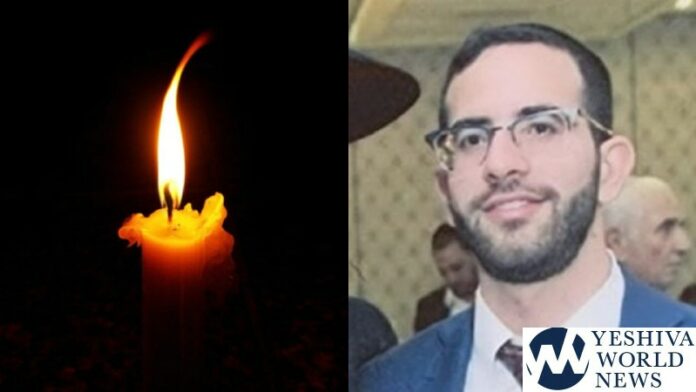 Part of the Mitzvah of Ahavas Yisroel is sharing the pain and empathizing with our brethren in Eretz Yisroel.  This 45 second clip, spoken at the levaya of the Kadosh, the martyr, Rabbi Avishai Yehezkel zatzal, by his brother-in-law, say it all.  It has been subtitled so that others can also empathize further.

Rabbi Yehezkel, 29 years old, was a 2nd grade Rebbe, a Torah scholar, whose last act was to shelter his two year old child as he was being gunned down by an evil coward.  Hashem yinkom damo.

There were four other victims, r”l.