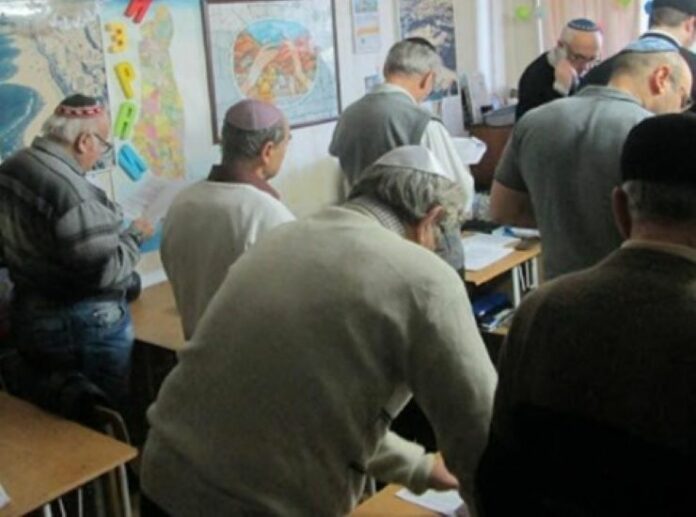 In the wake of a series of explosions in past days in the breakaway Russian separatist region of Transnistria, which is officially part of Moldova, thousands of people are fleeing the area, fearing that it is the next target for Russian President Vladimir Putin.

About 5,000 Jews live in Transnistria out of a population of about half a million people, mainly in the capital Tiraspol but also in the smaller cities of Bendry, Dubăsari and Rîbnița. Rîbnița is well-known among Jews of the former Soviet Union as prior to World War II, Jews comprised 38% of the town’s population and it was the residence of the Ribnitzer Rebbe, the Tzaddik Rebbe Chaim Zanvil Abramowitz, z’tl.

In past years, prior to the Russian invasion of Ukraine, Chabad shlichim in Moldova were also active in Transnistria. Last Pesach, public Pesach sedarim were held in four cities and other Jewish activities are held throughout the year.

In the wake of the recent unrest, Jewish community leaders in Transnistria contacted Rav Mendy Axelrod, a Chabad shaliach in Kishinev. “Jews are worried and requested that we evacuate them to a safe place, with the goal of continuing to Israel,” Reb Alexrod said. “The Jewish Agency and the Joint are also active in these cities.”

Rav Zusha Abelsky, head of the Jewish community in Moldova, said: “We’ve been inundated with inquiries in the last two days. People are sure they’re next in line, after Ukraine. We had rented five hotels and camps here for refugees from Ukraine and we are preparing to receive refugees from Transnistria as well. We have a large logistics system, with the help of local friends and community members around the world, and I hope that a humanitarian crisis will not break out here, like in Ukraine.”

Attorney Alex Galperin, who assists in the activities of the Moldovan Jewish community, said: “There is a great deal of concern about the escalation. Transnistria has a large Russian-speaking population alongside a Ukrainian community and a civil war could break out there at any moment.”

Rav Mendy Goetzel of the Chabad House in Kishinev added: “The fear of a Russian invasion has become more tangible. I’m hearing about many who are already packing their bags.”