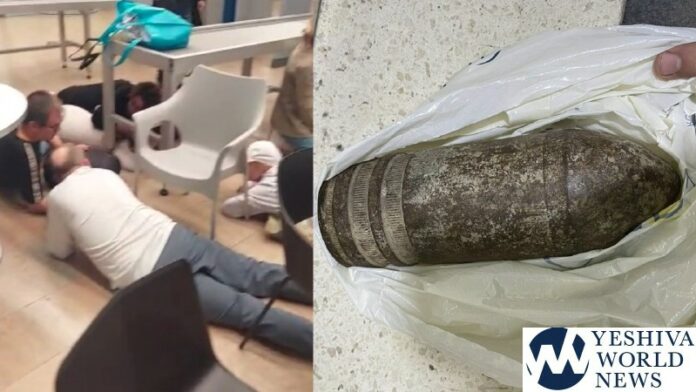 A bomb scare occurred at Ben Gurion Airport in Tel Aviv on Thursday after a traveler brought a rocket shell to security.

A family had visited Ramat HaGolan during their trip to Israel, during which they came across rocket fragments from projectiles that had been previously fired into Israel, presumably from Lebanon.

The family took one of the shells of a rocket as a souvenir, planning to bring it home with them.

However, during security screening at Ben Gurion, a momentary misunderstanding occurred, leading to a report of a bomb at the airport to be announced, which prompted travelers to panic, run, and hide.

According to the Israeli Airports Authority, after the family was questioned, they were allowed to get on their flight (without the bomb).

Also, a man who fell during the emergency evacuation was lightly injured and taken to a hospital for treatment, the authority says.