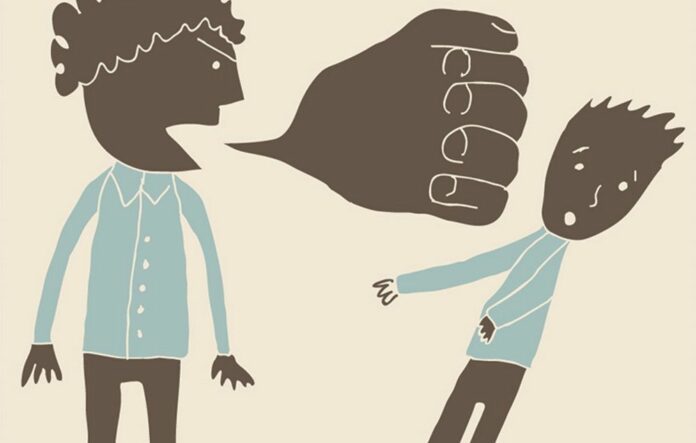 12,000 pairs of Rabbi Akiva’s students died during the period of Sefirah.  Why?  Because they did not speak to each other with the respect that was due to them.

Every Yom Tov and every period of time in the Jewish calendar has its own special Avodah in which we can grow.  When Chazal point out the reason for their passing away to us, perhaps they are indicating that the growth we should eb working on during this period is to avoid verbal abuse and to respect others.

THERE IS A VERSE in VaYikra the import of which has been little understood. The verse is velo sonu Ish es amiso – (VaYikra 25:17). The Mitzvah is generally called “Onaas Dvarim” or just plain “Onaah.”

The Sfas Emes explains that the main reason behind this Mitzvah is so that we will all have a sense of complete oneness as a people. Causing another pain was prohibited because it causes division within us as a people.

THE SERIOUSNESS OF THE ISSUE

There is an interesting debate between Rav Henoch Leibowitz zatzal and Rav Chaim Shmuelevitz zatzal in regard to Pnina and Chana. Pnina realized that the reason Hashem was withholding children from Chana was because she was not davening to Hashem with the requisite intensity. She took it upon herself, leshaim shamayim, to help Chana intensify her prayers by teasing her that she had no children. Rav Chaim Shmuelevitz zatzal (Sichos Mussar) points out that the notion of “what goes around comes around” (or the Middah keneged Middah) regarding causing someone else pain exists – even when the underlying intention is 100% proper. Rav Henoch Leibowitz zatzal held that it must be that Pnina was only 99.999% Lishma – but there was a subtle, infinitesimally small trace of improper motivation in Pnina’s actions. Regardless, we see how serious the issue of causing another pain actually is.

A question was once posed to Rav Elyashiv Zatzal: A man was not giving his wife a get. Is it permissible to try to get his parents to influence the son to give a get by threatening to expose an illegal activity that one of the parents was doing? The response from Rav Elyashiv was, “No.” There is no permission whatsoever to cause pain to another, no matter what his son is doing.

The Midrash Rabbah (Bereishis 84:20) explains that Menashe, Yoseph’s son was punished for “finding” the goblet in Binyamin’s sack – even though he did so on his father’s instruction. He caused the Shvatim pain, they ripped their clothes in agony over the fate of Binyamin. The Midrash explains that Menashe’s portion of his inheritance was also ripped.

Rachel Imeinu, stole the Teraphim of her father Lavan. Her intent, of course, was absolutely proper. She wished to wean her father off of his belief in worshipping idols. Yet the Zohar tells us (VaYeitzei 164b) that she did not merit to raise those whom she loved because she deprived her father of what he loved!

Examples of this violation include reminding a Ger of the actions of his fathers, or a Baal Teshuvah of his original behaviors or sins. Asking someone a question in a subject area where the person being asked does not know the subject well is also a violation of Onaah (See Rambam Hilchos Mechira 14:12). Similarly, inquiring the price of item where one has no intention at all of purchasing the item is also a violation of Onaah (See Bava Metziah 58b).

In discussing this Mitzvah, Rav Yechiel Michel Stern cites the Chikrei Laiv (YD Vol. III #80) that this prohibition could also be violated through inaction. For example, if someone recites a Mishebarach for a number of people but purposefully leaves one person out – he is in violation of this prohibition. A sad aspect of this prohibition is that violators are often unaware that that they are verbally abusing or causing pain. Often they may characterize the recipient of their statement, words or actions as “overly sensitive.”

Different manifestations of Onaas Dvarim include, demonstrating Kaas (anger) at another, name calling, threatening, and blaming one’s own behavior on someone else’s actions. Certain criticisms are also subsumed under the category of Onaas Dvarim as well.

Sometimes, there is a very thin line between proper parenting and Onaas Dvarim. This thin line must be navigated very carefully. For example, let’s assume that a mother is concerned and convinced that in today’s atmosphere where “thin” is “in” – her daughter needs to lose the excess weight. [The prohibition even applies to little children – the exceptions, of course, are when it is necessary for parenting (See Sefer HaChinuch 251)]. At what point, however, does the mother’s comments turn from constructive parenting into a Torah violation of Onaas Dvarim? Often, most people do not get the message unless the issue is made clear to them in no uncertain terms.

There is a story of a young single man who never showered. His Rav approached him and told him that he had to start showering daily. The young man responded that in his particular line of work showering would not be effective because he constantly sweatsin his particular line of work and he would have to shower several times a day in order to be clean. The Rav told him that that was his obligation and put his foot down. Within two months the young man got engaged and was told by his fiancé that she did not even so much as look at him prior to his “complete turnaround.”

The answer to this question depends upon the person’s response. The Torah in many places stresses the obligation for one to be intelligent, and to be able to accurately assess likely responses of people. This situation is no different. An accurate assessment of the person’s likely response must be made. If it is unlikely that a change will be effected, then further pressing the issue would be a violation of Onaas Dvarim. This does not mean, however, that one should give up. One should constantly be thinking how to coordinate a change within the person – but one that would be effective.

IF ONE VIOLATES IT

What if one violated this prohibition? What must he do? The Talmud (Yuma 87a) tells us that there is an obligation to try to placate him – to undo the damage. The Talmud quotes verses in Mishlei as to what he must do, “Press your plea with your neighbor…” There are opinions that one must “make nice” in front of three rows of three people too.

The conclusion of all this is that the violation is a very serious one. It is a Mitzvah that has also, somehow, fallen off the wayside. There is another prohibition called Onaas Mamom – monetary abuse. The Talmud (Bava Metziah 58b) states that quotes three sages who explain how the prohibition of verbal abuse is by far more serious than the prohibitions of monetary abuse.