A year after the worse civil disaster in the history of Israel, thousands of people began arriving at the Rashbi Kever in Meron on Wednesday.

The police are prepared for the possibility of confrontations with extremists. Police officers have been dispersed throughout the area to prevent the arrival of extremists and to stop them before they even approach Har Meron. On Tuesday night, police thwarted the arrival of a group of extremists who were on their way to Meron equipped with wire cutters, utility knives, and other objects apparently intended to sabotage the infrastructure at the site.

A large structure was set up on Tuesday night next to the hadlaka site as a zecher to the 45 kedoshim, with 45 yahrtzeit candles. The candles will be lit prior to the start of the Boyaner Rebbe’s hadlaka. 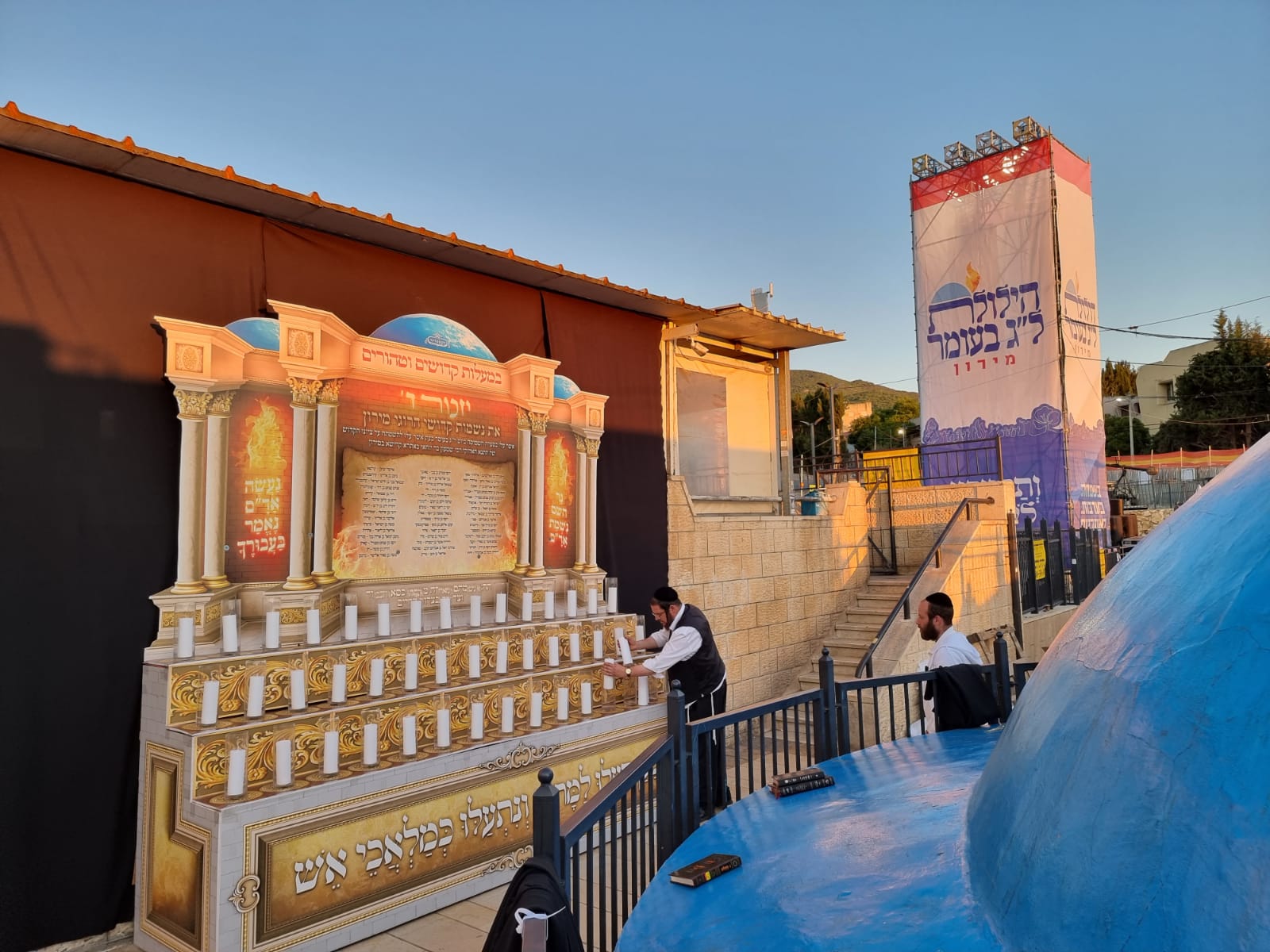 There are already many complaints about the changes at the site, with people saying that it’s impossible to get close to the tzion and that everyone has to daven at the Toldos Aharon complex after waiting in impossibly long lines. Anyone who does get close to the tzion is only allowed to remain there for one minute before being pushed along.  In addition, the women are standing in line in the heat, with no shade over them.

There are also reports that security guards are not allowing families with baby strollers into the site, a policy that was apparently not announced beforehand. Families who purchased tickets and traveled for hours are being turned away.

Close to midnight on Tuesday night, dozens of police officers began evacuating mispallelim from the kever compound in order to set up the passageways for the expected crowds.

In the video below, the festivities begin at Meron. Deputy Religious Affairs Minister Matan Kahana can be seen dancing with a fierce critic of his, Chief Rabbi of Tzfas HaRav Shmuel Eliyahu.