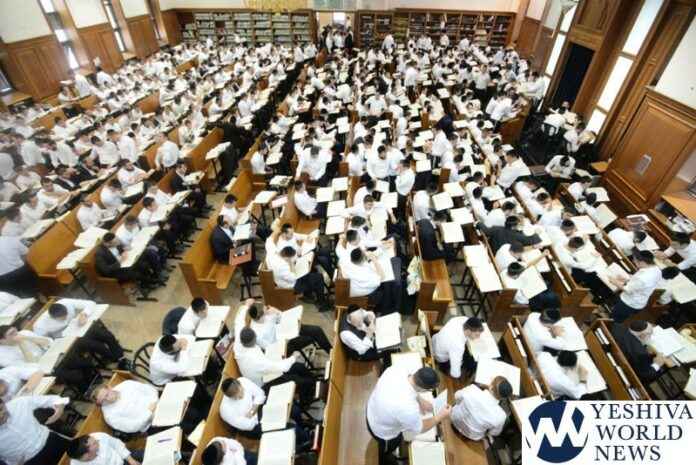 Interior Minister Ayelet Shaked and chairman of the Yamina party Nir Orbach visited religious schools in Zichron Yaakov on Tuesday and used the opportunity to send their coalition partner Finance Minister Avigdor Lieberman a message about his mockery of limmud Torah and his plan to harm lomdei Torah financially.

“I’m here with Shaked on a tour of the Dati Leumi educational institutions in Zichron Yaakov,” Orbach said. “We in Yamina recognize the value of limmud Torah and we know that lomdei Torah dedicate their lives for Am Yisrael with great mesirus nefesh.”

Shaked said: “This coalition is built on agreements and we’ll do our part and ensure that lomdei Torah aren’t harmed.”

The chances of Lieberman successfully passing the budget is almost zero, as not only does the coalition lack a majority but Orbach and Shaked are vowing to oppose his measures against Chareidim and Blue and White MK Michoel Biton vowed to oppose the rise in transportation costs in the periphery and two Chareidi cities. However, Lieberman believes that the more he incites against Chareidim, the more votes he’ll get in the next election.