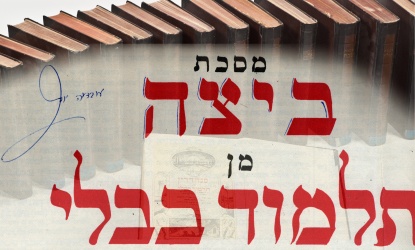 After a car dealer sold the last car used by Maran HaGaon HaRav Ovadia Yosef ZT”L for a handsome profit, it appears another item is being auctioned.

The Kedem Auction House will be offering the Shas used by Maran, published in 1949. It is among the first Gemaras published as an entire set following the Holocaust, printed by rabbonim in a refugee camp in Germany.

This particular edition was designed especially to mark the occasion of printing in Germany after the war, with illustrations of a Jewish town and a labor camp surrounded by barbed wire with the captions ‘Ashkenaz labor camp during the Nazi days”. The Gemaras were used first by Maran during his limud in Egypt in 1949 and 1950. Accompanying the set is a letter of authenticity from the family.