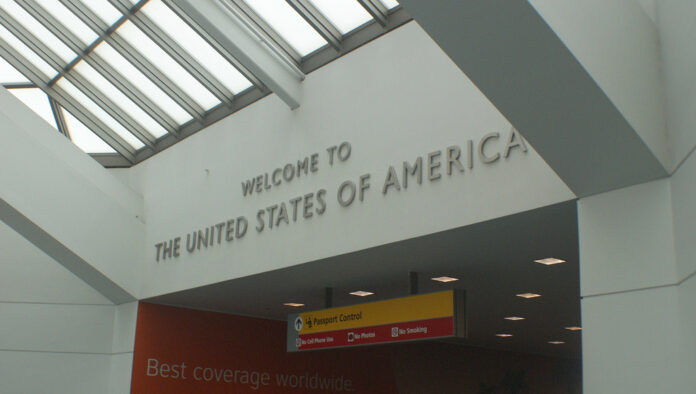 They may be our friends, or relatives, Or us.  They had moved to Eretz Yisroel. They settled there. They had even kept one day Yom Tov.

Yet, now they wish to return.  The halachic question is: When is it permitted to leave Eretz Yisrael?

While we are at it, we may also deal with the question of what the reason is for the mitzvah of remaining in Eretz Yisroel? Are we dealing with a Biblical or rabbinic prohibition? And even if it is primarily rabbinic in nature, is there ever a Biblical mandate regarding this?

As an interesting aside, Rav Chaim Kanievsky zatzal once asked his uncle the Chazon Ish if it would be permitted to go swimming at a beach wherein the ocean is the actual border of Eretz Yisroel (cited in Rav Yitzchok Zilberstein’s Avnei Chain 5:2). The Chazon Ish answered that the area that one swims in is still considered part of the land of Eretz Yisroel.  According to this, however, it is possible that someone taking flying lessons may not fly over the waters on account of the possible prohibition of leaving Eretz Yisroel, unless he is doing so for the purpose of a Mitzvah.

FOUR MAIN REASONS
The reasons for the prohibition of leaving Eretz Yisroel cited by the authorities are actually rather varied:

BIBLICAL OR RABBINIC?
Is it a Torah or rabbinic prohibition? Rav Moshe Feinstein, zt”l (Igros Moshe, Y.D. Vol. I, No. 120), indicates that it is rabbinic.  That being the case, in a case of a doubt there is greater leniency.  The language of the Maharitatz (Siman 85), however, indicates that he learns the prohibition as Biblical – not like Rav Feinstein zt”l.

He writes that the source for the Rambam’s leniency regarding leaving for business comes from a fortiori argument from leaving Israel to go Egypt.  If it is permitted regarding Egypt it is certainly permitted regarding other lands where the prohibition is not explicit in the Torah.  His language in the latter half of the response is indicative that it is still a biblical prohibition, but not one that is explicit.  The Chochmas Adam in his Mishpetei Aretz 11:14, however, also learns that the prohibition is Rabbinic.

LENIENCIES
There are various heterim that are found in the poskim to permit leaving Eretz Yisroel.

One, where one’s parents are traveling to Israel; in such a case, one is permitted to leave Israel proper to greet and accompany them. The other case is where one leaves Israel to tend to another need involving kibud av v’eim. The former case is permitted by all authorities based upon a Gemara in Kiddushin (31a). The latter case is the subject of some debate. The consensus of poskim is that in that case it is permitted, as well.  If, however, your parents need you because they are in danger, then one would certainly be permitted to go. Indeed, some poskim even permit one to permanently leave Israel when one leaves for the mitzvah of kibud av v’eim. Beis Shlomo, Y.D. Vol. II, No. 94, citing Rashi’s interpretation of Kiddushin 31a. The Maharsha, however, seems to learn otherwise. See Chayei Moshe 48:37.

Others disagree and write that it is only permitted if one has in mind to return. Clearly, however, there are no boundary issues when it comes to kibud av v’eim.

MAY ONE TRAVEL IF ONE HAS LEFT WITH A HETER

One last question brings us back to one of our original questions.  May one stay and travel a bit if he had originally left with permission.  If the prohibition is Rabbinic then it would seem to be permitted.  if, however, it is biblical, then it would seem that the reason is like that of the Ramban cited above and one would not be permitted to delay further on account of the constant Mitzvah of being in Eretz Yisroel.  Of course one should consult with one’s own Rav and Posaik in regard to all of these issues.