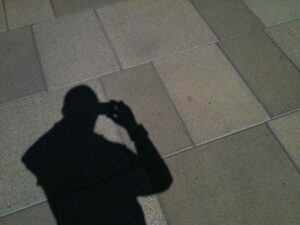 Sara’s lifelong dream was to help people and to protect children.  She became a lawyer for Child and Family Services.  She had tried hundreds of cases, where she worked hard to ensure that those who preyed upon children, and those who were unduly violent, or those who had abused drugs or alcohol in grossly irresponsible ways – did not place children or their spouses in harm’s way.

Sara herself had two young children, and she and her husband had recently purchased a house.  The bathroom, however, needed to be renovated.  It was in horrible shape.

A worker, we will call him “Javier” had shown up every day for the past two weeks.  He showed up on time.  He performed his work well.  He was a strong worker.  He looked at her as if he knew her from somewhere.  Yes, there was something vaguely familiar about her.

Then one day, she left her court identification badge on the table.  He saw it.

“Now I know why you look so familiar to me, Mrs. Sara.  YOU WERE THE ONE who took my children away from me.”

He was calm.  She was not.  She had completely frozen.  Javier knew where she lived.  He knew her children.  He knew her schedule.  She did not know how to respond.

After some quick thinking, Sara responded as follows:

“Look, you have been doing great work in the bathroom.  You come on time and appear to have straightened out.  Let me find out where your case is right now, and see if I can help move it along positively in your favor.”

She called the courthouse and asked to look up the case.  She needed to protect herself and her children.  Without getting to the exact details, Sara lied to Javier in order that he not blame her for anything and so that he would perceive her as having saved the day for him.  She gave him the appearance that his activities were overlooked and that his case got better – because she did him a favor.  This can possibly be construed as bordering on Chillul Hashem.  However, we will soon see, that what she did was absolutely permitted.

THE GEMORAH IN NEDARIM

The case is reminiscent of a fascinating Gemorah in Nedarim (22a), which deals with Ulla, a student of Rabbi Yochanan who travelled back and forth to Bavel. It is unclear whether he did so to teach the lessons that Rabbi Yochanan’s Beis Midrash used to teach or to raise funds for Eretz Yisroel, or both. Regardless, it explains why Sara’s actions were completely proper.

When ‘Ulla arose [back] to Eretz Yisroel, he was joined by two inhabitants of Chozai, one of whom arose and murdered the other. The murderer asked of Ulla: ‘Did I do well?’ ‘Yes,’ he replied; ‘moreover, cut his throat clean across.’ When he came before Rabbi Yochanan, he asked him, ‘Maybe, G-d forbid, I have strengthened the hands of transgressors?’ He replied, ‘You saved your life.’

Both the Rosh and the Ran understand this Gemorah as saying that were it not for Ulah’s life being in possible danger, it would have been prohibited to respond in this manner.

This prohibition is called Machazik Yedei Ovrei Aveirah – strengthening the hand of evil-doers. We find this prohibition (Shulchan Aruch CM 356:1) in purchasing items from thieves, which is a grave sin. It causes the person to steal more.

There are some situations where strengthening the hand of an evil-doer is a full-blown Biblical prohibition called “Lifnei Iver.” Other situations are considered Rabbinic violations. The difference lies in whether the person could have managed by himself without the input of the other party.

There is also a fascinating Targum Yonasan Ben Uziel on the Commandment not to murder found in parshas Yisro. He writes, “My Nation Israel shall not be murderers, nor friends or partners with murderers, nor shall there appear within the congregation of Israel murderers, and your sons shall not follow them and learn from them also to be murderers. For in the sin of murder destruction comes to the world.

Rav Avrohom Grodzinsky zt”l (1883-1944), the Mashgiach of the Slabodka Yeshiva, explained this Targum Yonasan (Toras Avrohom – Netzach HaAdam) to mean that any partnership with a murderer is considered as if that partner did the murder itself.

Thus, unless there is a question of one’s own life being in danger, lending assistance to a murderer is tantamount to murder itself according to Rav Grodzinsky!

The Shaarei Teshuvah of Rabbeinu Yonah (Shaar 3:50) writes on the verse Do not follow the masses to do evil (Shmos 23:2), we are therefore warned not to strengthen the hand of evil-doer in words nor to be associated with those who agree to do evil. Even to do a Dvar Mitzvah it is forbidden to befriend an evildoer.

THE ISSUE OF LYING

Regarding the prohibition found in parshas Mishpatim of “MiDvar Sheker Tirchak – stay away from a false matter (Shmos 23:7) ” we have three opinions: The Chofetz Chaim writes in his Sefer Sfas Tamim (Chapter 7), citing teh Sifrei that the verse MiDvar Sheker Tirchak is a full-blown biblical prohibition. Other Rishonim write that it should be understood as good advice, but is not fully binding. A third opinion holds that the verse was directed to judges in a court case, and not, in fact, to lying.

How do we rule? The halacha follows the view that it is a fully binding Mitzvah.

However, whenever there is an issue of Pikuach Nefesh – we can certainly follow one of the lenient opinions.  The woman did the right thing, without question.  We can apply the idea from Mishlei (9:1) of chachamos bansa baisa.