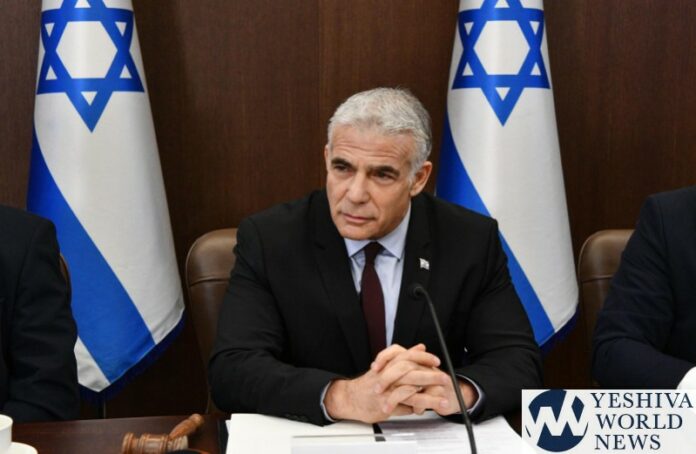 Israel’s caretaker Prime Minister Yair Lapid held his first Cabinet meeting on Sunday since taking over as leader, promising a functional government despite the political instability that is sending Israel to its fifth elections in less than four years.

Lapid, sitting next to his predecessor power-sharing partner Naftali Bennett, also warned that Israel would take any step necessary to defend itself after it shot down three unmanned aircraft launched by the Lebanese militant group Hezbollah.

Lapid took over last week as prime minister as part of an agreement forged last year that created the coalition government. Bennett led it initially but stepped down following a series of defections and legislative defeats. Parliament dissolved itself, triggering new elections and handing power to Lapid. 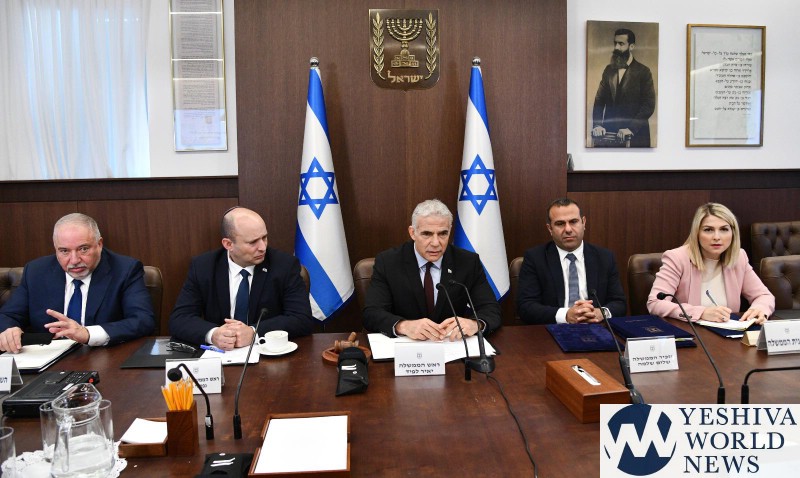 Israel will head to the polls again on Nov. 1, when Lapid will seek to convince voters to adopt his centrist vision and deny former Prime Minister Benjamin Netanyahu, who was ousted last year after more than a decade in power, a chance to return to lead the country. Bennett will not run in November.

“In the coming months our goal, of this whole table, is to run the government as if there is no election campaign. The citizens of Israel deserve a functioning government at any given moment,” Lapid said.

Lapid faced his first challenge on Saturday, when Hezbollah launched its unmanned aircraft toward an area where an Israeli gas platform was recently installed in the Mediterranean Sea. The move appeared to be an attempt by Hezbollah to influence U.S.-brokered negotiations between Israel and Lebanon over their maritime border, an area that is rich in natural gas.

“Hezbollah continues its path of terrorism, undermining Lebanon’s ability to reach an agreement on the maritime border. Israel will continue to protect itself, its citizens and its assets,” he said.

Lapid, who served as foreign minister under Bennett, will use his months as caretaker leader to prove to Israelis that he is prime minister material. He travels to Paris this week for meetings and then next week hosts U.S. President Joe Biden, a potential pre-election boost.